While twelve months in the making BCW Heavyweight Champion MADDOG finally defends his Gold against the returning SYD PARKER in a Prehistoric Death Match – the Main Event that did not happen at BCW 24!

Further the WA Invader DAMIAN SLATER makes his debut in the Battle Kingdom against the self-proclaimed ‘MR IRON MAN’ – THE RAPSCALLIN, MICK MORETTI! 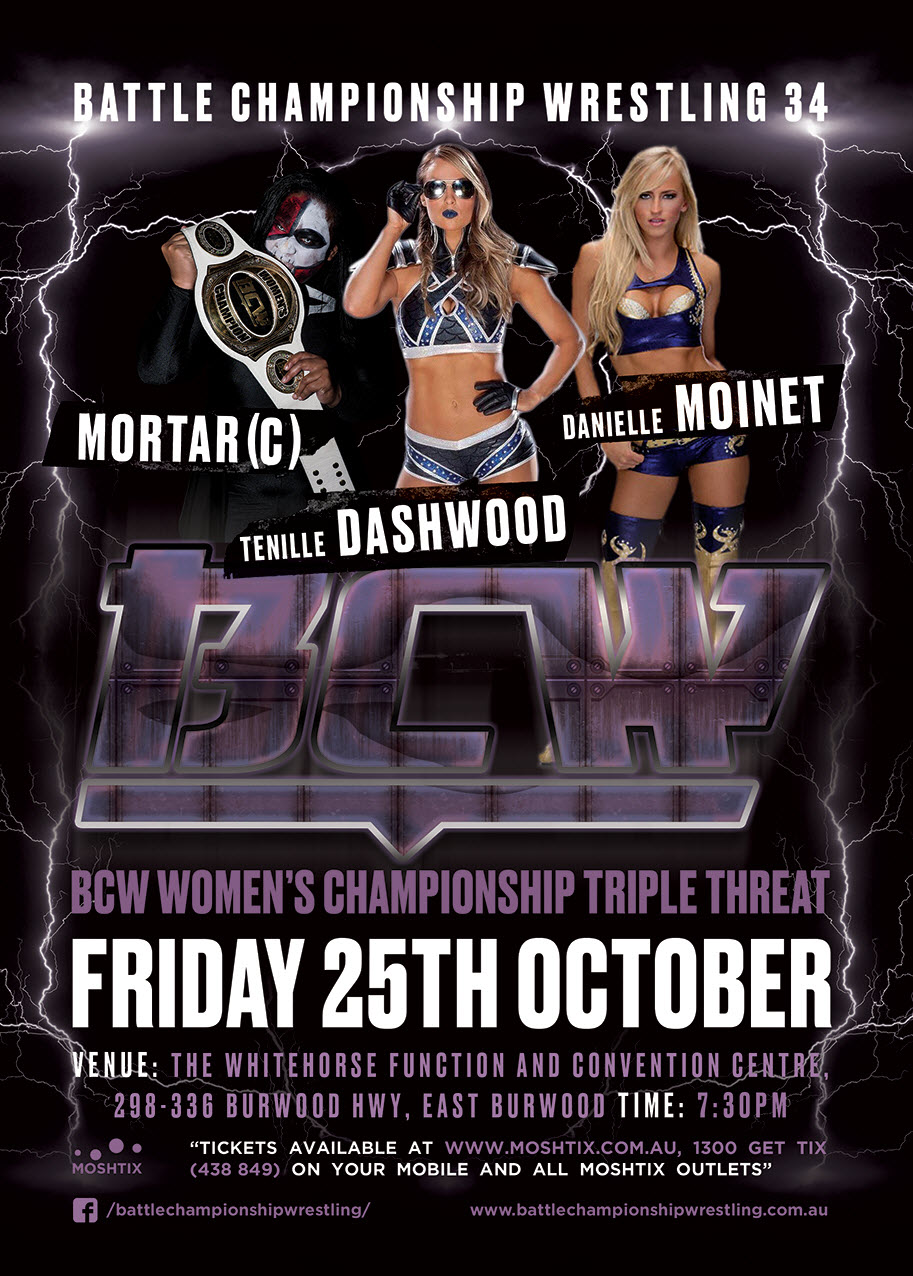