The World's Most Dangerous Man Returns!

KEN SHAMROCK returns to tag with his partner CARLO CANNON to defend the BCW Tag Team Championships while JOHN MORRISON and TAYA debut in the Battle Kingdom!

The 16-Man Battle Express Championship Tournament concludes all in one night with Quarters Finals, Semi Finals and the Grand Final. Each match will have a 10-Minute Time Limit and draws will result in a double elimination from the tournament. Crash and Burn Wrestling!

NB: VIPs Must Arrive by 6:45pm - Card Subject to Change 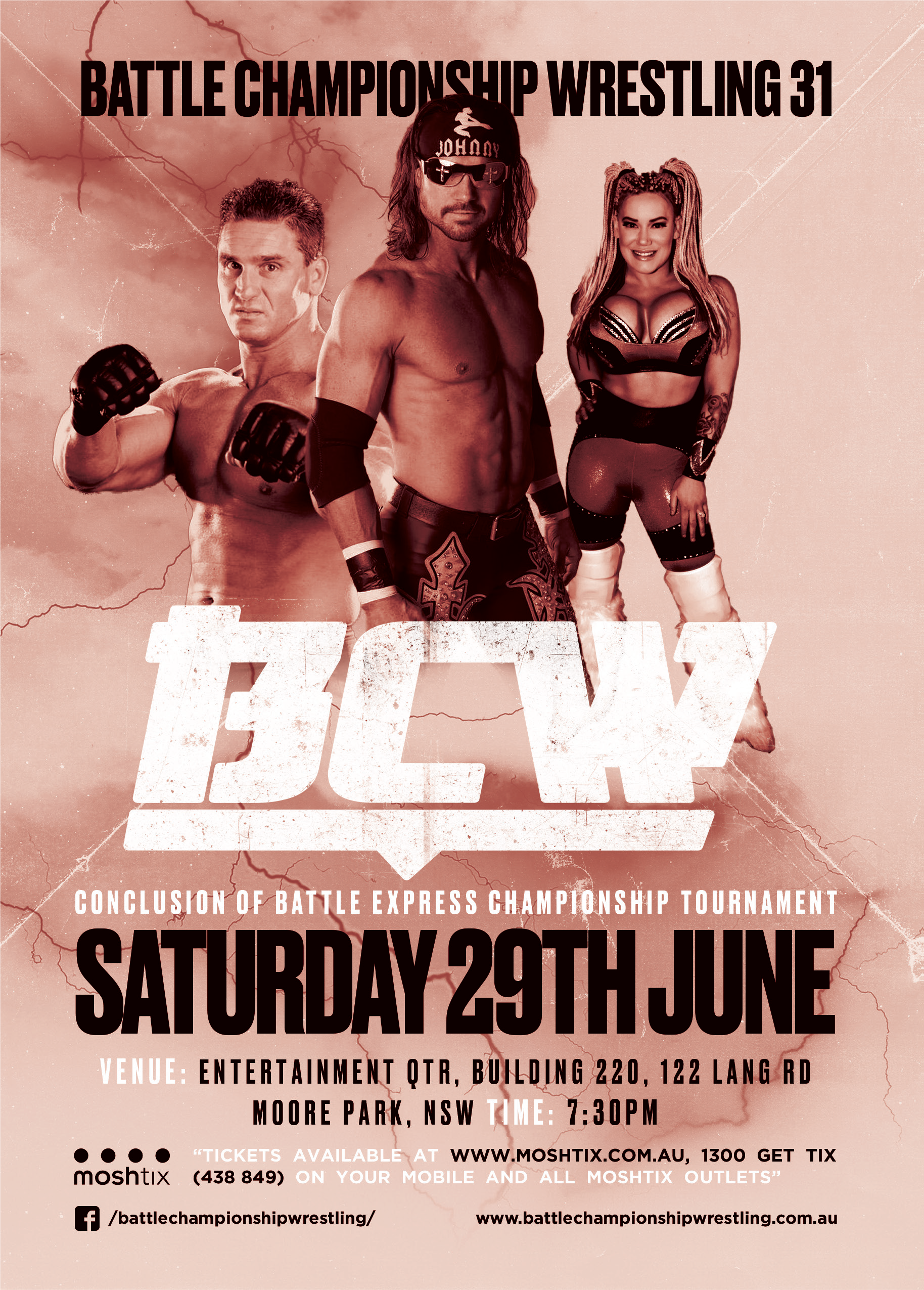