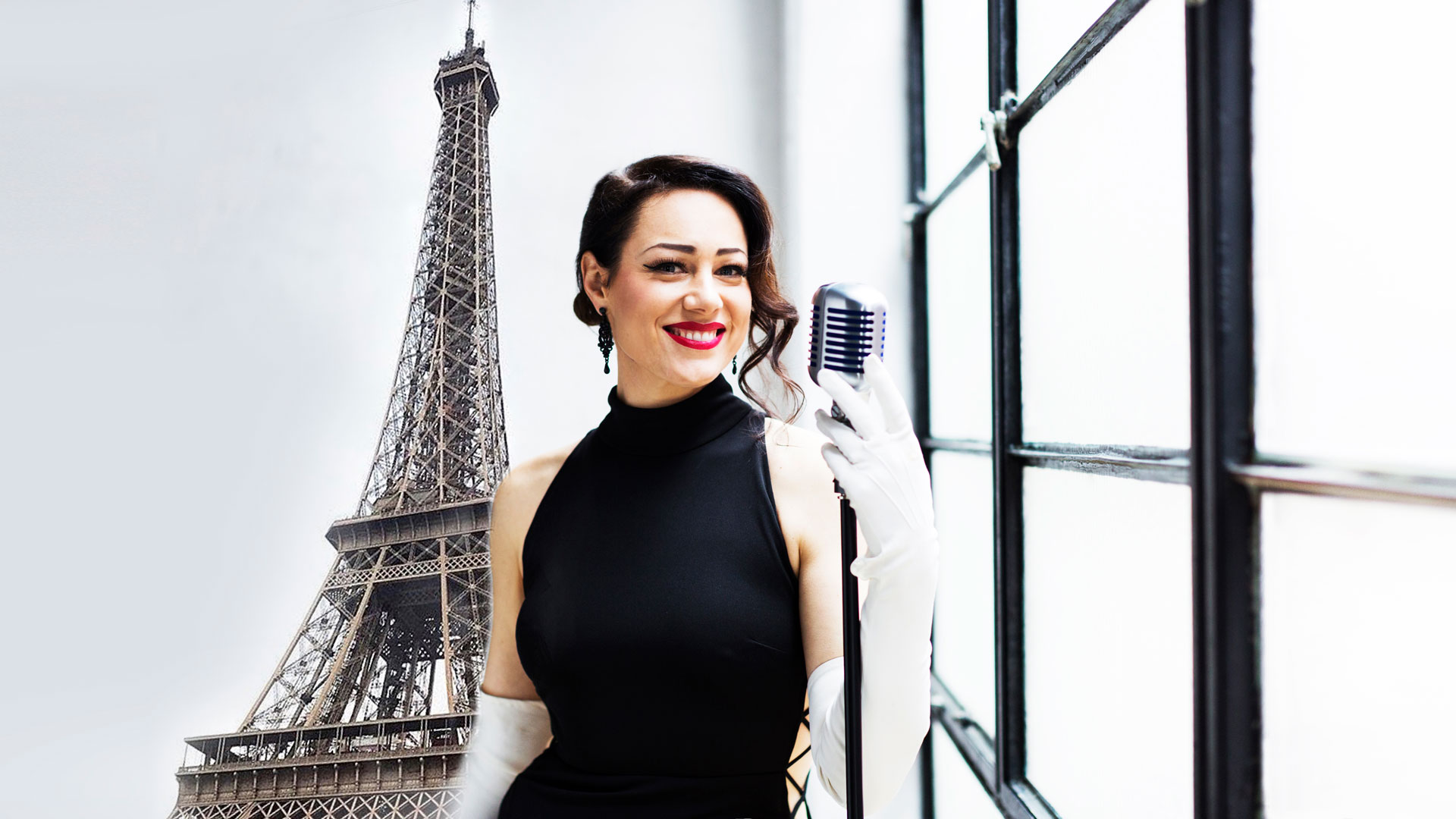 Be transported into a Parisian jazz club for an enchanting show presented by Catherine Summers and her band. Come and get lost in the magic of yesteryear in Paris, featuring performances of French classics such as Edith Piaf’s ‘Non, Je Ne Regrette Rien’, ‘La Vie En Rose’, ‘Milord’ and Charles Trenet’s ‘Que Reste-t-Ii’ plus many more songs reminiscent of the era, such as Ella Fitzgerald’s rendition of ‘April in Paris’.

These will be presented to you by a group of exceptionally talented local musicians, helmed by the songstress Catherine Summers, who weaves through the history of this era as through laneways in Paris. Summers presents anecdotes and stories from the time with warmth, humour, and a candour which sees the audience leaving feeling as if they are old friends.

The celebrated international Perth-based singer, known for her incredible accent or, to the French, for not having an accent has an engaging ‘instantly familiar’ onstage persona. This, coupled with her rich honeyed voice will draw you in and leave you wanting more. The UK-born artist spent much of her time living and holidaying in France where she fostered a love of the French language and a deep appreciation of the country’s passionate history and romanticism and shares much of this love in this warming toe-tapping evening.

“With incredible vocal range, tender sense of comedy and comforting warm stage presence, it is as if the audience has known her for years. Cole Porter, once said, ‘I wanted every kind of love that was available, but I could never find them in the same person.’ Yet in the beautiful and talented Cotton Club singer, all these forms of love seem to coalesce.” Perri Watson

Catherine has a uniquely versatile tone that exudes warmth, carrying a soft, floaty quality which often interchanges with deep, bluesy tones. Her diversity in style means she delivers raspy blues, killer swing and intimate soft ballads with an emotion that creates the perfect atmosphere.

"The ever-reliable Summers displays her lovely intonation and impeccable phrasing with panache - and she looks dressed to thrill." - Australian Stage.

An evening of jazz, folk and lyrical storytelling more »

Bebop, blues, latin, swing and gypsy jazz, all performed with breath-taking virtuosity and a high level of group interplay more »

A Tribute to Cannonball Adderley - The Pete Jeavons Sextet

Hard Bop and Soul Jazz classics made famous by Cannonball Adderley, performed by some of Perth’s finest musicians more »