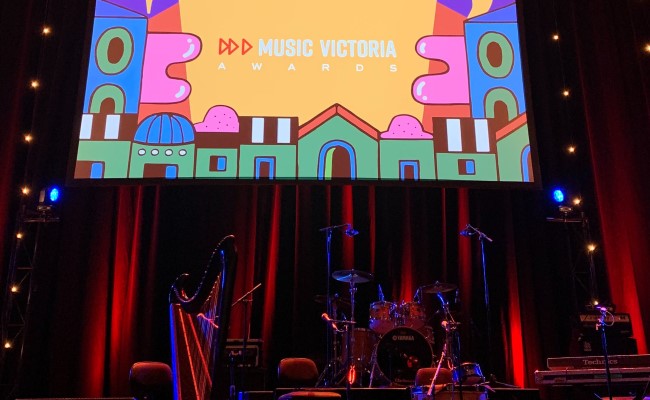 With the awards season well and truly upon us, last Wednesday we witnessed the Music Victoria Awards for 2019 at the stunning Melbourne Recital centre. The night was an overwhelming success for the brothers from Warrandyte, with The Teskey Brothers taking home The Premier’s Prize for the Best Victorian Album, Best Band, Best Song and Best Regional Act. They've just come off a run of sold-out shows including the Forum Melbourne which took out Best Large Venue! (Check out what's coming up at the Forum, here).
“We had a look at the nominees this year, and it was an incredible line-up, so to win this is such an honour for us. Thanks to everyone at Music Victoria and everyone who voted.” - The Teskey Brothers
In a couple of Awards milestones, Music Victoria recorded the largest count of female winners in the genre categories, and Naretha Williams became the first-ever First Nations and First Nations Female artist to win Best Experimental or Avant-Garde Act.
Back-to-back winners Sampa The Great and Courtney Barnett have held on to their titles of Best Hip Hop Act and Best Solo Artist respectively, G Flip took home the $5,000 Premier’s Prize for the Best Breakthrough Act award and newcomer Tones And I was awarded a special Outstanding Achievement Award in recognition of her unprecedented achievements domestically and internationally over the past year including taking out number one on the official music charts of 23 countries.
On the night there were live performances from Suldusk, who also won in the best heavy album category, Grand Salvo and best song nominee Gordon Koang, plus hip hop legend Philly and vocalist Maylene Slater-Burns left few eyes dry with an especially touching performance of 'Tired', a soon-to-be released song in response to the recent police shooting of a young Indigenous man in the Northern Territory.
Music Victoria's 2019 Hall of Fame inductees Vika and Linda Bull closed the evening with a performance of their song When Will You Fall For Me, accompanied by guitarist Mark Seymour.
You can watch the full awards - and find the full list of winners below.
The 2019 Music Victoria Awards Recipients:

Best Song
The Teskey Brothers – So Caught Up

Best Folk or Roots Album
The Maes – The Maes