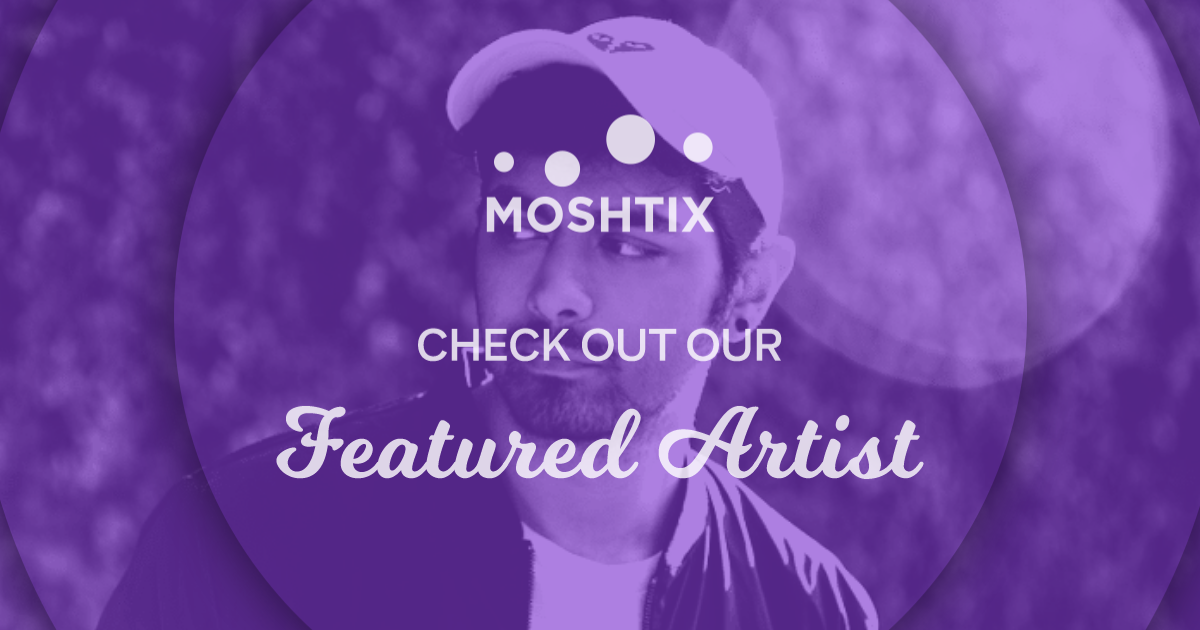 Sajeeb Saha, or more commonly known as Jai Wolf is a producer who has certainly made his mark on the dance music scene over the past few years. His diverse music taste and ability to take you on an honest and inspirational journey are what make the New York-based electronic artist extremely sought-after.

Sajeeb was raised on classical music, learning to play the violin at the mere age of 5, however, it was the synthesizer that won him over, dabbling in electronic music production from early high school days.

In April this year, Sajeeb released his debut album 'The Cure To Loneliness', a 12-track album infused with vocal-driven electronic beats, exploring the idea of what it means to be lonely. To celebrate the release of his album, Sajeeb is heading down under to play a string of shows in Brisbane, Newcastle, Sydney, Melbourne and Perth this November. We recently had a chat to Sajeeb about his new album and his current musical influences.

1. How did you get your start creating music? Is it something you have always been drawn to?

Yeah, so I used to play the violin and was in an orchestra since I was 5 years old. My parents signed me up for lessons. So I was introduced to music at a very, very young age. Classically trained and in an orchestra up until high school.

In high school, I started producing music on my computer because when you play in an orchestra, you're writing music that already exists and while I have great respect for composers, I really wanted to write my own.

2. Given that you've had quite vast experiences in different genres of music. Can you tell us what has had the most influence in the creation of your latest album 'The Cure to Loneliness'?

I think it took me some time to really find what I really wanted to do with Jai Wolf. I did a lot of experimenting but I've always had such a love for different indie bands. I love listening to Two Door Cinema Club, MGMT, Phoenix, and I wanted to sort of merge that with my love for electronic music, typically on the softer side. I'm a big fan of Odesza and Flume, and I wanted to sort of take everything that I really enjoy from both worlds and kind of put them together.

That's kind of the groundwork for my album. I've taken a lot of indie influences and sensibilities, combining them with electronic music.

3. I find your new album takes the listener on a very personal and nostalgic journey. How much do you think the album reflects your own journey?

It's extremely personal for me and I think art should always reflect the truth and while I was searching for what I wanted my album to be about, I was putting together ideas with things happening in my personal life that sort of led to things like the album title, theme, and what I wanted to write about, then after I came up with that, the songs started to come out a little bit more easier. You can never force the music that you always dreamed about creating and kind of has to happen really naturally.

I'm glad that you thought it was a journey because I wrote it with the intention that you press play and you listen from track 1 to track 12.

4. This might be a hard one but, do you have a favourite song from the album? Are there any that are particularly special to you?

Ah you know, it's like picking your favourite child. I love all of them but when I think of one song that I keep coming back to, that I like to listen to recreationally is Still Sleeping. It's on the pop-ier side but it's a song that I'm extremely proud of. It has a lot of influences from the pop spectrum. I love artists like Robyn, Carly Ray Jepsen, 1975 and I think that that's kind of the world that I was inspired by and combined that with what I'm doing with electronic music.

That's a good question. You know, I think it should be open-ended to the listener but for me, I think a good answer is music because no matter where you are in life for me, music has always been close to me. So I think that it's something that people gravitate towards when they want to feel less lonely. That's what I feel the album is meant to be, this is music for you for when you're feeling lonely.

6. You were born in Bangladesh and raised in New York City. Do you think the clash of cultures has contributed to the way you write your music?

I grew up with a lot of traditional Bengali music but it hasn't necessarily been reflected in my writing. I'd say the pull towards electronic music has definitely been stronger my whole life. I've always been into anything that has a synthesiser in it, like Cobra Starship or even stuff like Kayne West's Stronger, the entire Graduation or 808s & Heartbreak albums.

7. Lastly, what can fans expect from you in the future, have you got anything in the works?

I was working on this album for 2 years and I'm happy that it's finally out and happy to play shows that are focused on the album. I think we live in a world where music is consumed at an incredibly fast rate and things are forgotten really quickly and I don't believe in making music just for it to be forgotten really quickly. I want to make sure that you listen to this album properly without quickly feeding listeners other things. I want the album to be on people's radar for a while and I'm incredibly excited to bring it to Australia.