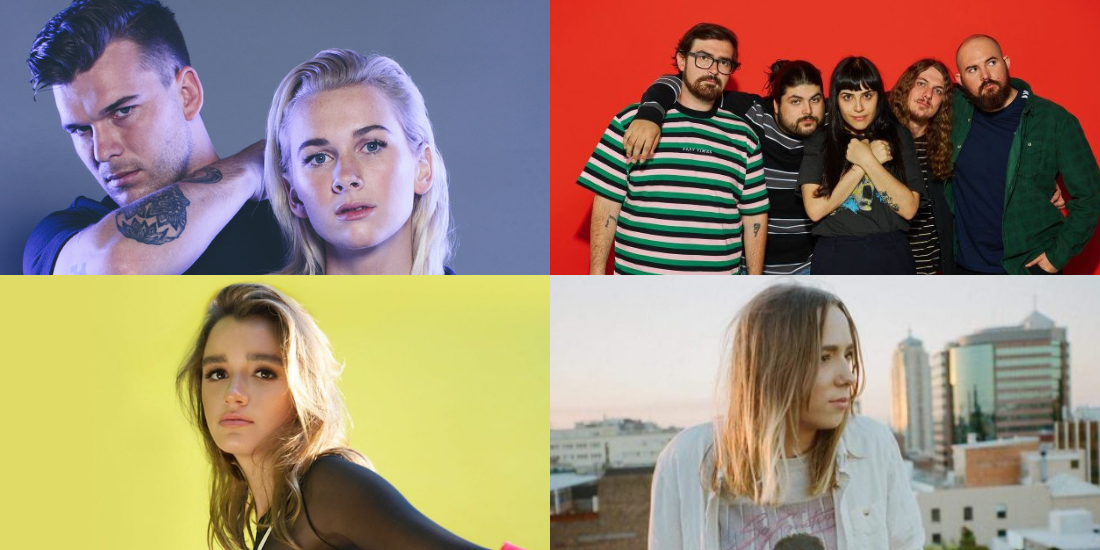 With VANFEST just around the corner, we thought we'd give you the low down on our top 4 must-see acts on this year's lineup. Drum roll, please...

Brisbane's Eves Karydas has certainly provided the local scene with a much-needed injection of exciting pop music. Emerging onto the scene in 2015, Eves has firmly planted herself on the world map, working with the likes of Sam Dixon (Adele, Sia) and Warpaint drummer Stella Mozgawal, just to name a few.

In the past year, she's dropped her debut studio album 'Summerskin' and supported a bunch of amazing artists from Dua Lipa to Cub Sport and even George Ezra. Eves is also in the process of writing a follow-up studio album this year, so we suggest you watch out for that one later in the year!

Meet Brisbane five-piece and Australia's most electrifying rock band, WAAX. If you've ever seen the band live then you'll know they mean business. Their on-stage presence is anything but boring, pair this with their electrifying and punchy rock tracks and you've got a force to be reckoned with.

WAAX have spent the last few years selling out national tours across the country and releasing two well-received EP's. This year they also released a new single called 'FU' which is pretty epic if you ask us, tapping into those emotions and nerve endings of frontwoman Maz De Vita.

Sydney producer Nyxen has definitely turned a few heads in recent years. Her instrumental-infused tracks and fresh take on electronic music she has helped her quickly established a name in the music industry.

Incorporating influences by Tycho, Miike Snow and Bag Raiders this creative mind brings enjoyable electronic sounds to form a high-vibe atmosphere for all her listeners.

New Zealand-born brother-sister duo BROODS are on the top of our list of acts to catch at VANFEST. Born into an exceptionally musical family, Georgia and Caleb had their breakthrough as BROODS with the 2014 single 'Bridges', which appeared on their full-length debut Evergreen, an album that debuted at #1 on the New Zealand Albums Chart and #5 on the Australian Albums Chart. They also recently released their third album 'Don't Feed the Pop Monster'. If you haven't checked it out, we suggest you do!

They've collaborated with the likes of Lorde and Tove Lo, performed at festivals including Coachella and Lollapalooza and have also received multiple ARIA and NZMA awards.

VANFEST kicks off Friday 10 May from 5 pm at Forbes Showground, NSW. See the full lineup and ticket info below.