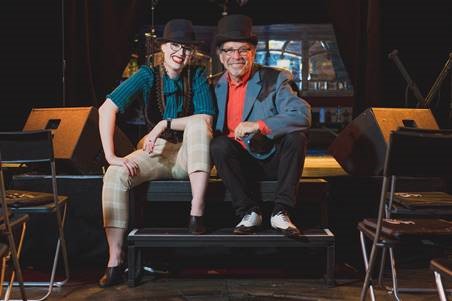 Grammy award winning legend Lucky Oceans and FRINGE WORLD veteran Jessie Gordon bring you a night of joyful, exuberant Western Swing with a dash of soul-searching sorrow. Born in the heart of Texas, burnished in the heat of Australia’s own West, this music is the nexus where country meets hot jazz, fuelled by the driving rhythm of double bass and an energetic, chaotic approach to melody and harmony with Lucky and virtuoso Jon Matthews on guitars. Joining the band in paying tribute to the likes of Bob Wills and Spade Cooley, Jessie sings and plays the ukulele with reckless abandon, the band rolling like a steam train through the quiet Perth night!