Catch WAAX performing live in Townsville for the first time for the official opening of otherwise.

50 TICKETS AVAILABLE ON THE DOOR FROM 9PM 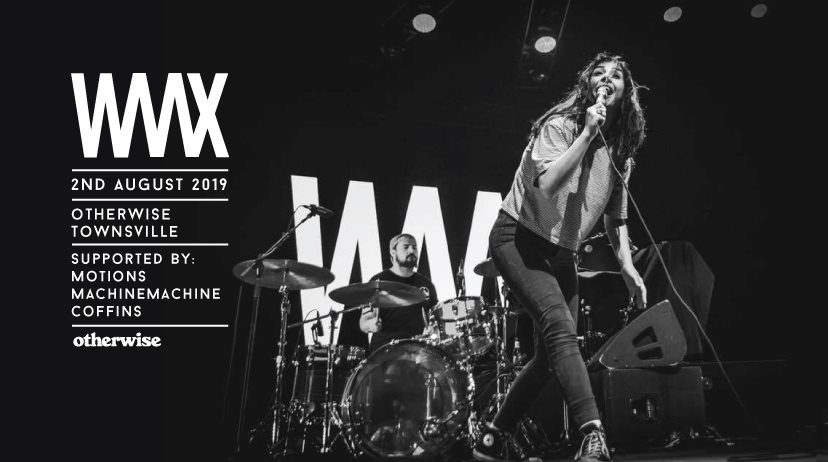 Renovations are complete and Townsville's newest live music venue & club will open on Friday August 2nd.
Situated at 87-95 Flinders St in the heart of the Townsville CBD, otherwise will be Townsville's only dedicated venue that brings in the best of Australian & international bands and artists.
Brisbane alt-rockers WAAX are opening the venue on the Friday night. WAAX have played some of the biggest venues and festivals in Australia, including Splendour in the Grass & Falls Festival, and have supported the likes of Fall Out Boy & Violent Soho. They've just announced their debut album 'Big Grief' slated for release later in August. They've sold out shows around the country and now are heading to NQ for the first time ever!
Catch them live in Townsville at otherwise on August 2nd.
Doors open at 9pm.
Support from Motions, MACHINE MACHINE, Coffins and more.
Buy your tickets now through Moshtix.

Kingswood hit Townsville this June as part of their Juveniles Album Tour! more »