Australian metal favourites Void Of Vision have announced a heaving headline Australian tour kicking off in September. The run will feature special guests Deadlights & The Gloom In The Corner, with pre-sale tickets available from 5pmAEST  Wednesday 4 August before general tickets are on sale at 5pm AEST on Thursday August 5.

After selling out two hometown headline shows in a matter of hours, Void Of Vision will now take on a full Australian headline tour in September. 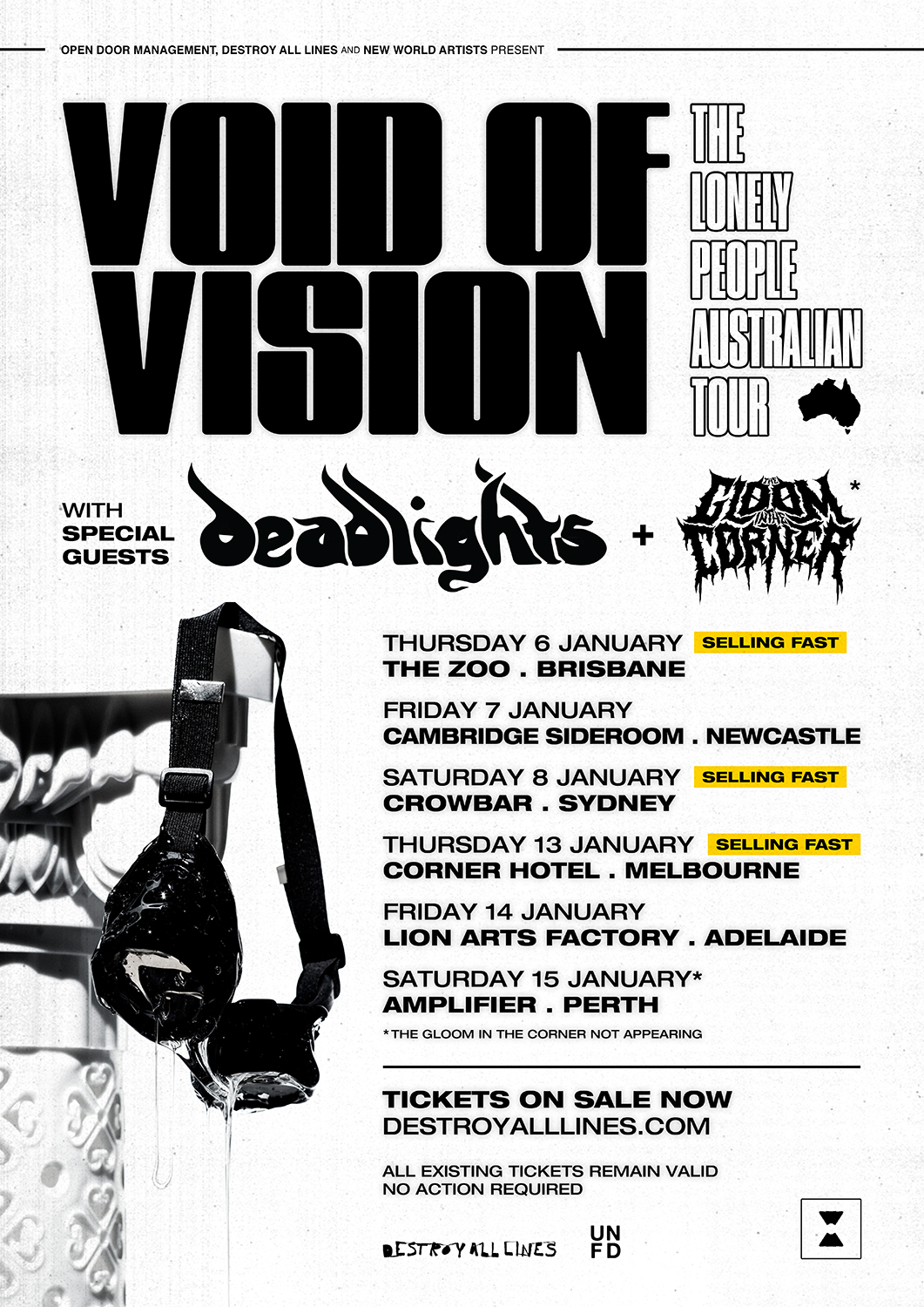