Starring The Hindley Street Country Club with the Australian Billy Joel & Paul McCartney Tribute Show! This one time concert extravaganza is one you do not want to miss!

Join us this Christmas season ‘under the stars’ at Morphettville for an evening of music featuring South Australia's biggest and brightest acts.

In just a few short years, local band the Hindley Street Country Club have gone from strength to strength, with videos of their live performances and covers racking almost three million online views.

The band is gearing up to headline our Under The Start Twilight Concert on Saturday December 14, which will include some cover classics from Adelaide's biggest and best musicians and vocal acts.

To date, The Hindley Street Country Club's videos and performances have included local legends such as Vince Contarino of the Zep Boys, who is on tour in UK, Andy Seymour, Sarah Lloyde and John Swan, to name a few.

But that's not where it ends... with over 150 million records sold worldwide in a career spanning nearly 50 years, singer, songwriter, composer & performer BILLY JOEL is one of the world's most beloved musical artists of the past 100 years. So naturally, paying tribute to that level of talent and doing it justice is something special...

Anthony Mara gives you the Billy Joel with the sound of his original band in his prime... energetic, interactive an often unpredictable. Its live entertainment at its best!

‘Don’t let the whole ‘tribute show’ thing fool you (I must admit, I had reservations) ¬— there’s nothing amateur about this at all.

They’re a talented bunch of musicians, who, backed up by a sophisticated lighting set-up, put on a performance as polished as any touring act around.

Mara is not an impersonator. He’s not pretending to be the piano man, rather paying tribute to one of music’s most awarded artists’

Joining Billy under the stars is the one and only Sir Paul McCartney.

Experience and relive all the great hits of Sir Paul McCartney & Wings together with the timeless classic hits of The Beatles in a spectacular 2 hour International Concert Experience.

This promises to be a magical night as we pay tribute to two performers whose music has defined a generation.

Expect all the hits & a few surprises!

PLEASE NOTE: No food or drink is to be brought into Morphettville Racecourse for this event.

The concert precinct will open at about 4pm, with a support or acoustic act playing from 4pm - 6pm.

The headline act will be on stage from 7.7.30pm and play two sets with a break in between.

Concert is expected to finish up at around 10pm. 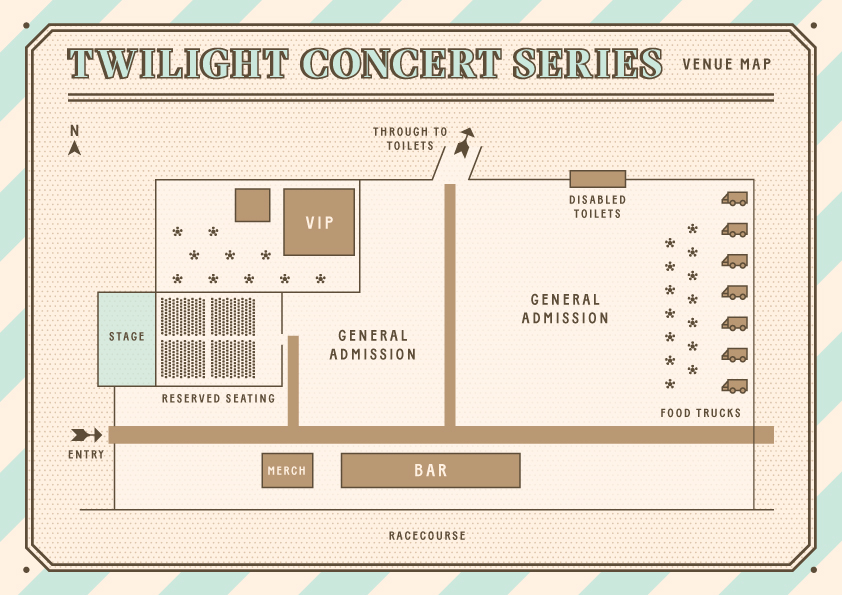