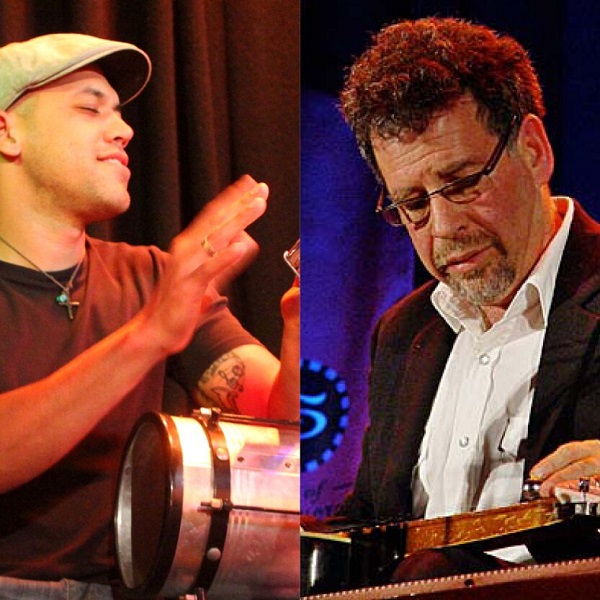 "Louisiana comes to Bahia"
Twang brings you the sounds of Louisiana - Cajun music, swampy blues, New Orleans jazz, mixed with the propulsive and soulful drive of the rhythms of North Eastern Brazil.
Brazilian percussion meets guitars and banjos, pedal steel meets Portuguese, blues to Baião and Baião to blues, in a giant gumbo/feijoda of festive sounds.
Twang features Lucky Oceans - Hardly needing an introduction, Mr Oceans is a fixture on the world music scene. He co-founded and named the group Asleep at the Wheel, playing pedal steel guitar with the group for most of the 70s, and winning two Grammy Awards (1978 and 1993) for Best Country Instrumental with them. He is listed in Hugh Gregory’s book, "1000 Great Guitarists" and has been called ‘one of the most influential steel guitarists of his generation.’

Marco Mendes - Marcio hails from Sau Paulo, Brazil's largest city. He has  played  music professionally since his early 20’s and has performed with highly respected names of the Brazilian music scene such as Djavan and iconic samba and pagode bands from Brazil such as Mundo do Samba, Arte Popular and Negritude Junior. He has entertained crowds as large as a hundred thousand people in Brazil, Europe and Australia with the artists Leandro Learte and the pianist Tania Maria.