PLEASE NOTE: THIS SHOW WILL BE RE-SCHEDULING DUE TO THE CORONAVIRUS SITUATION. NEW DATES WILL BE ANNOUNCED SOON.

In anticipation of their next single 'Handyman' releasing soon, Triple One have announced their biggest Australian tour to date, hitting five cities this May & June.

Triple One will take their hyperactive live show to Melbourne, Adelaide, Perth, Brisbane & Sydney; marking their first headline shows of 2020 and the official welcome for their hugely-hyped single 'Handyman'. The Sydney hip-hop supergroup established themselves as a true powerhouse in 2019, releasing their Gold-accredited single 'Butter' and selling out five Australian headline shows, as well embarking on their debut UK & European tour. They have snatched coverage from tastemakers like Highsnobiety, Complex and MTV, while Zane Lowe praised "their Brockhampton-style energy in the sense of free will and creativity." Forever changing the landscape of local hip-hop with each release, Triple One continue to surge forward in 2020 with 'Handyman', and the accompanying tour will further solidify their reputation as one of Australia's most intense and essential live acts.

Triple One will also be donating $1 from every ticket sold on the 'Handyman' tour to Women's Community Shelters, to provide "direct relief of suffering of disadvantaged and homeless women by establishing new shelters in partnership with communities". 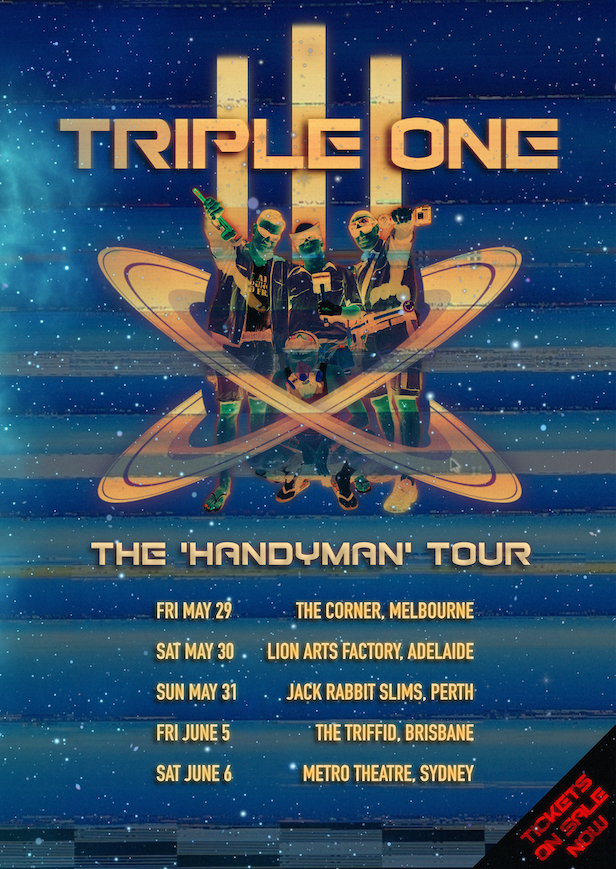