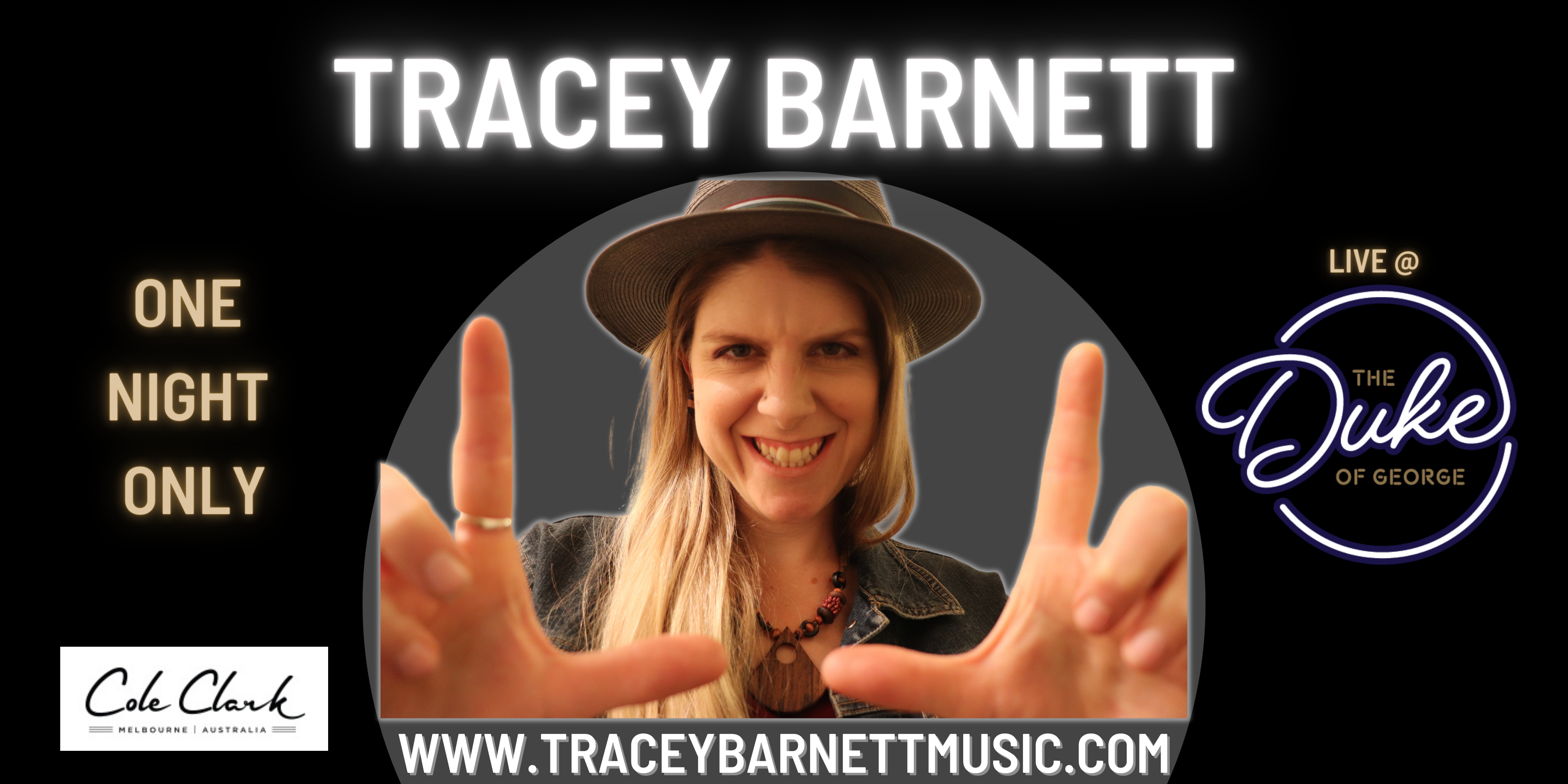 Bridgetown is Western Australia's spiritual home of blues and roots, so it is no surprise that resident singer-songwriter Tracey Barnett has that music in her soul. Fusing traditional blues and country elements with modern rock rhythms, Tracey's music has taken her across Australia, earning her a WAM Award, chart success, and airtime on Triple J, ABC and community radio.

Tracey's second album and forth release, Eyes Forward, was released into the world in September 2021. The 12 track album has already spawned three successful singles – Gotta Get Out, Eyes Forward and Darkness in the Light– each nominated for a WAM Song Of The Year Award.

A multi-instrumentalist with a powerful stage presence, Tracey is best witnessed in concert. Throughout her career, she has made the conscious decision to remain solo, and as a result, has created closeness between her and her audience. This connection, along with her sheer instinct for songwriting, is what makes Tracey Barnett one of the most exciting modern blues artists in Australia.

You don’t want to miss this award winning musician and powerful one woman band!