Tim Ayre is a composer, singer and songwriter currently living in Sydney, Australia.

Although his project is in its infancy, Tim Ayre is not quite the novice. He was one half of the duet Tim &Jean in high school, which was widely supported by Triple J Radio in his home country.

After some time away from music, Tim is now ready to pursue the adventure as a solo performer.

Influenced by the Beach Boys, the Beatles, the Flaming Lips, Stevie Wonder and Daft Punk, he  channels all these touch points and more in his own compositions.

Tim Ayre crafts a sound of personal, dreamy and luxurious pop, blending guitars, drums, bass and synths -all of which he plays effortlessly.

Inspired by the timeless moments spent by the ocean listening to his favourite songs, Tim Ayre’s debut EP encapsulates this peaceful yet powerful instant of introspection.

The result is a highly chromatic and wistful sound that draws on the authenticity of yesterday and to offer a vintage aesthetic from a modern angle. Delicate, blissful, and oh so catchy,

Tim Ayre’s debut EP is to be released on Kitsuné Musique. 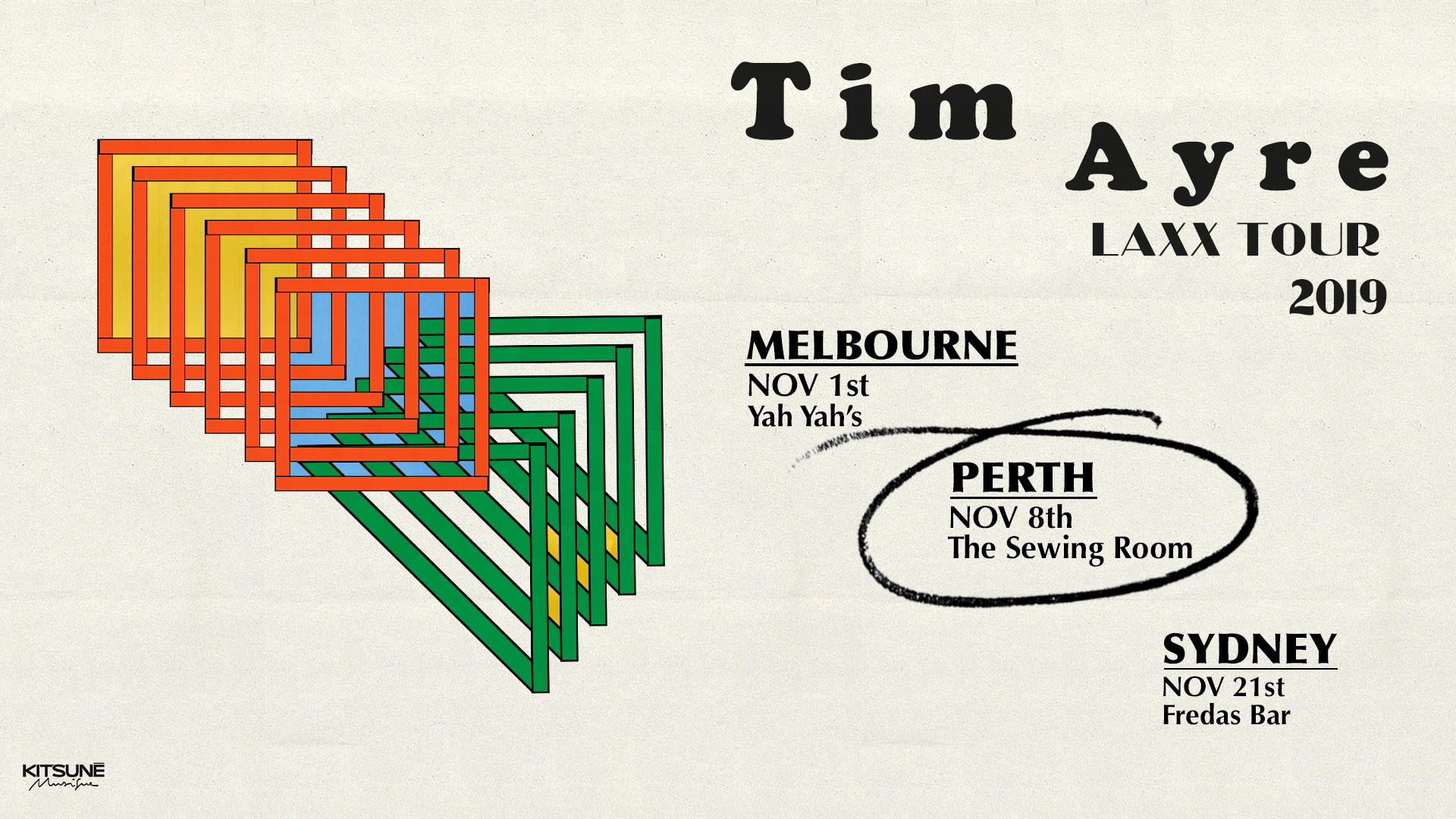 GET ON YOUR DANCING SHOES more »

Boy & Bear return to Perth as part of their Suck On Light Tour! more »

Beloved Icelandic singer-songwriter, multi-instrumentalist and collaborator, A´sgeir, returns to Australia for select tour dates in May 2020. The tour will bring A´sgeir’s forthcoming third album “Bury The Moon” (out February 7th) to Australian audiences for the first time. more »