THY ART IS MURDER

Australia’s most brutally alarming cultural export since George Miller’s Mad Max franchise makes music that serves as a loud last gasp against the ever-encroaching void. It’s a blazing light of nihilistic despondency before the final darkness. Fusing authentic crushing death metal with blackened fury and flashes of knuckle-dragging stomp, THY ART IS MURDER exorcise the pangs of mortality and the pains of socio-political trauma.

If this is truly the soundtrack to the end of humanity, it’s music that should unite and empower extreme metal fans in all corners of the genre. This is underground music for the people, carrying the torch for a primal style that doesn’t die. As New Noise declared, “few embrace the feel of the apocalypse so dearly and expertly… THY ART IS MURDER is clearly at the head of the modern death metal pack [and] they are just getting better.” 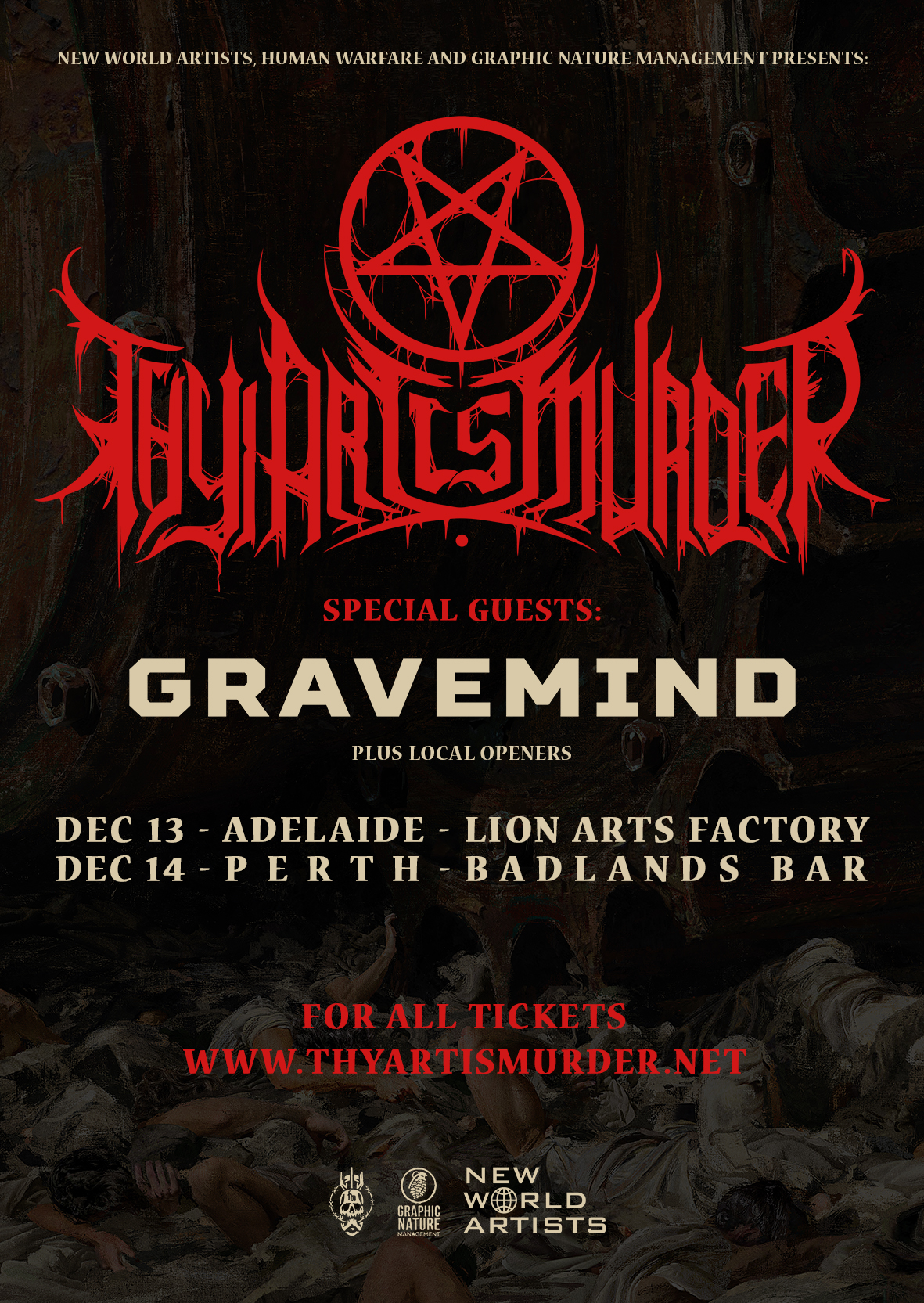