TICKETS AVAILABLE ON THE DOOR! 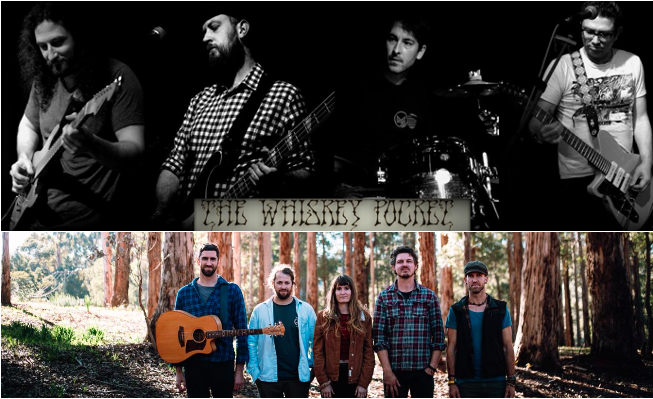 This Friday night, the Duke brings you a talented double header; The Whiskey Pocket & Claybird.

Claybird is an original five-piece Perth band who are bringing a fresh feel to the Australian folk rock scene. Their striking vocal delivery is partnered with multiple harmonies to create a distinctive and dynamic live show. They have been described as “easy on the ears, and an interesting, almost familiar sound” (Biggs). Claybird continues to believe in the dying art of poetry, and delivers lyrics that are meaningful and accessible to the listener.

The Whiskey Pocket are a blues and rock outfit from WA who have established themselves as a cracking live act to see around Perth & Fremantle.  They have been a band for close to 10 years and boast an eclectic mix of influences including – but definitely not limited to - Hendrix, Cream, Buddy Guy, the Black Keys and Tom Waits.  Never one to shy away from a new musical challenge, lead vocalist and guitarist Darryn Foote wears his influences on his sleeve and is constantly pushing the band in new directions, successfully blending his love for old school dirty blues with a catchy, unique rock ‘n’ roll vibe.  The Whiskey Pocket has a solid rhythm section consisting of the epically talented Sid Henderson on drums and the ever-faithful Derek Cumpsty locking in the groove on the big Rickenbacker bass. In 2018 the band released their self-titled debut, all original, 7 track EP and in 2019 they were incredibly fortunate to secure the talents of Troy Cumpsty on lead guitar, a man whose immense set of skills is sure to push The Whiskey Pocket to greater heights.

Tom Fisher and the Layabouts

One of Perth’s most soulful singer-songwriters more »

Featuring some brand new tunes from their most recent songwriting escapades! more »

Auckland's Favourite Craft Beer SpecTAPular Is Back For 2022!