This event has been cancelled

Along with the release the emerging indie-rock band announce they will be embarking on their first Headline tour in over a year. Playing shows in Sydney, Brisbane, Melbourne and Adelaide kicking off on the 5th June.

Forming in 2018 in Melbourne, the five-piece consisting of AJ, Sam, Tom, Dos and Macca have taken their emphatic live show from backyards to playing support for the likes of Great Gable, Eskimo Joe, Dulcie and Death by Denim.

Returning in 2021 with the single 'Alter Ego', the band have kicked off the year with two sold out headline shows in Melbourne at The Workers Club and The Tote and are excited to be releasing their next jangly single 'Everything's Changing' and heading around the country. 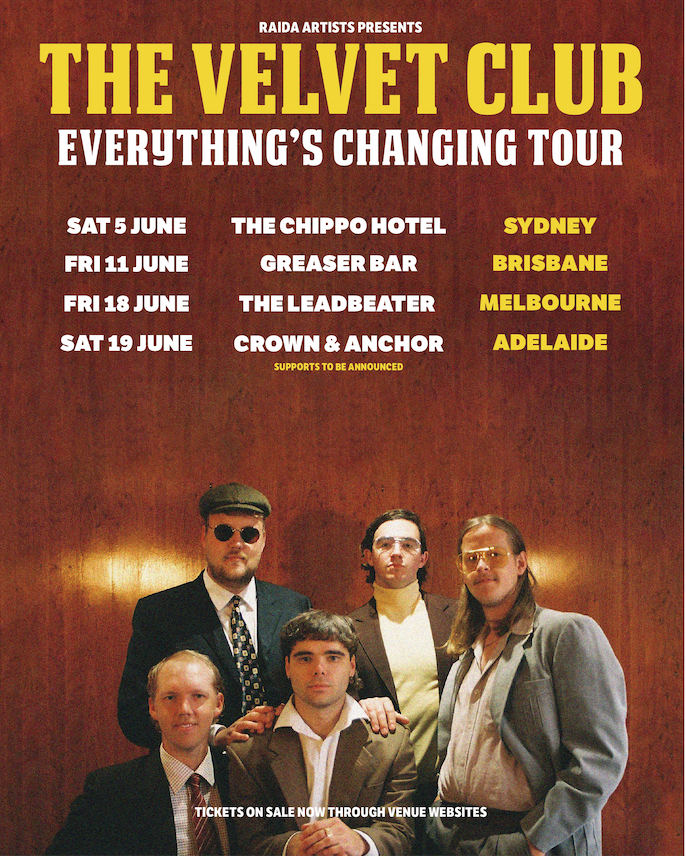 A musical tribute to the place we call home: part satire, part homage, from amusing trivia to the deeply personal. more »

Maisie B. is excited to perform her debut EP for you. more »

An iron will is only ever hardened within the forge" words that echo from the announcement of Alpha Wolf's sophomore album 'a quiet place to die', through to the the album debuting at #6 on the ARIA album charts, and on to today as the band announce their biggest headlining... more »