Since their inception in 2013, The VANNS have been crafting music that not only stirs up a melting pot of indie and alt-rock influences, but delivers a fresh, modern sound that has seen them fast become one of the most in demand young bands on Australia’s east coast.

Late 2019 saw the band release their debut album Through The Walls. The record was crowned “Feature Album” by triple j and the release led to a series of sold out shows including one at Sydney’s Metro Theatre.

Wrapping up a successful year with Party in the Paddock and a hit cover of Bon Iver’s “Hey, Ma” on Like A Version, The VANNS will go on another national tour in 2021, presented by triple j. 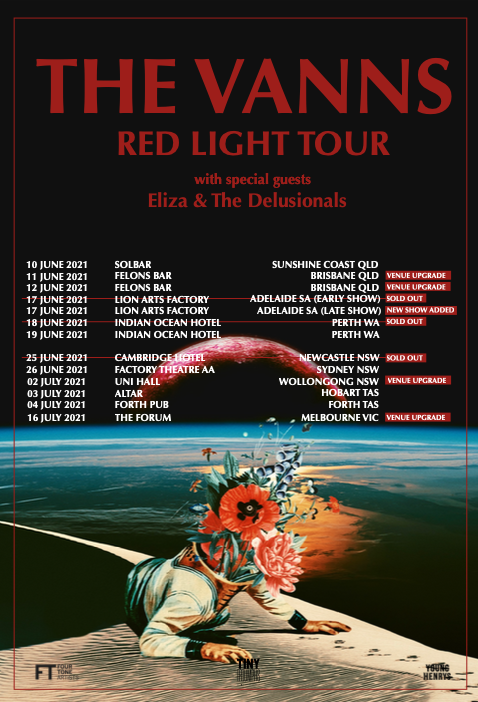