After twelve years and seven studio albums, Arizona's The Maine continue to push onwards and upwards as their new album You Are Okay hit #1 on the Billboard Independent Album Charts; and now the band are taking the show on the road, proudly announcing they'll be joining their Australian fans this September for their biggest headlining shows yet. "This is us, for the first time, fully realising a vision we had from conception to finished product. All hype aside, this is us making music, putting everything into it, and holding our heads up higher than we ever have before." Words of lead singer John O'Callaghan ringing honest and true.

Don't Bore Us caught The Maine at their last sold out Sydney show, and could not speak highly enough of a performance that was not to be missed. "‘Am I Pretty’ was extended into a long bluesy jam that allowed frontman John O’Callahagn to flex his dance moves and sweet talk the crowd with his signature charisma, only amplified by his soaring voice. Their performance of establishing hit, ‘Girls Do What They Want’ didn’t feel like a ride through nostalgia – it was a celebration of their wild ride through ten years as leaders of the scene. "

Seven albums in, and The Maine’s new release You Are Ok is arguably the band’s most considerable sonic leap in their twelve year career. What makes The Maine, The Maine is their ability and inspiration to take risks, all while staying tuned in and consistently exceeding the expectations of their fans. 2019 is shaping up to be another milestone year for these desert dwellers, which kicked off with their second ever headlining music festival in their hometown. You Are Ok marks The Maine’s first top 10 album in it’s premiere on the charts (peaking at #8), and also came in at #1 independent record, #2 rock album, #2 vinyl album, and #3 alternative album. Known for their live show, The Maine is taking You Are Ok around the globe this year including stops on their home continent, across South America, Europe, and more. The band will spend their summer on the Sad Summer Festival, co-headlining the inaugural year of a touring music festival in the US.

The Maine have never been a band to rest on their laurels with their live performance, and they have promised that this run of Australian shows will not be ones to miss. Don’t sleep on getting your tickets! 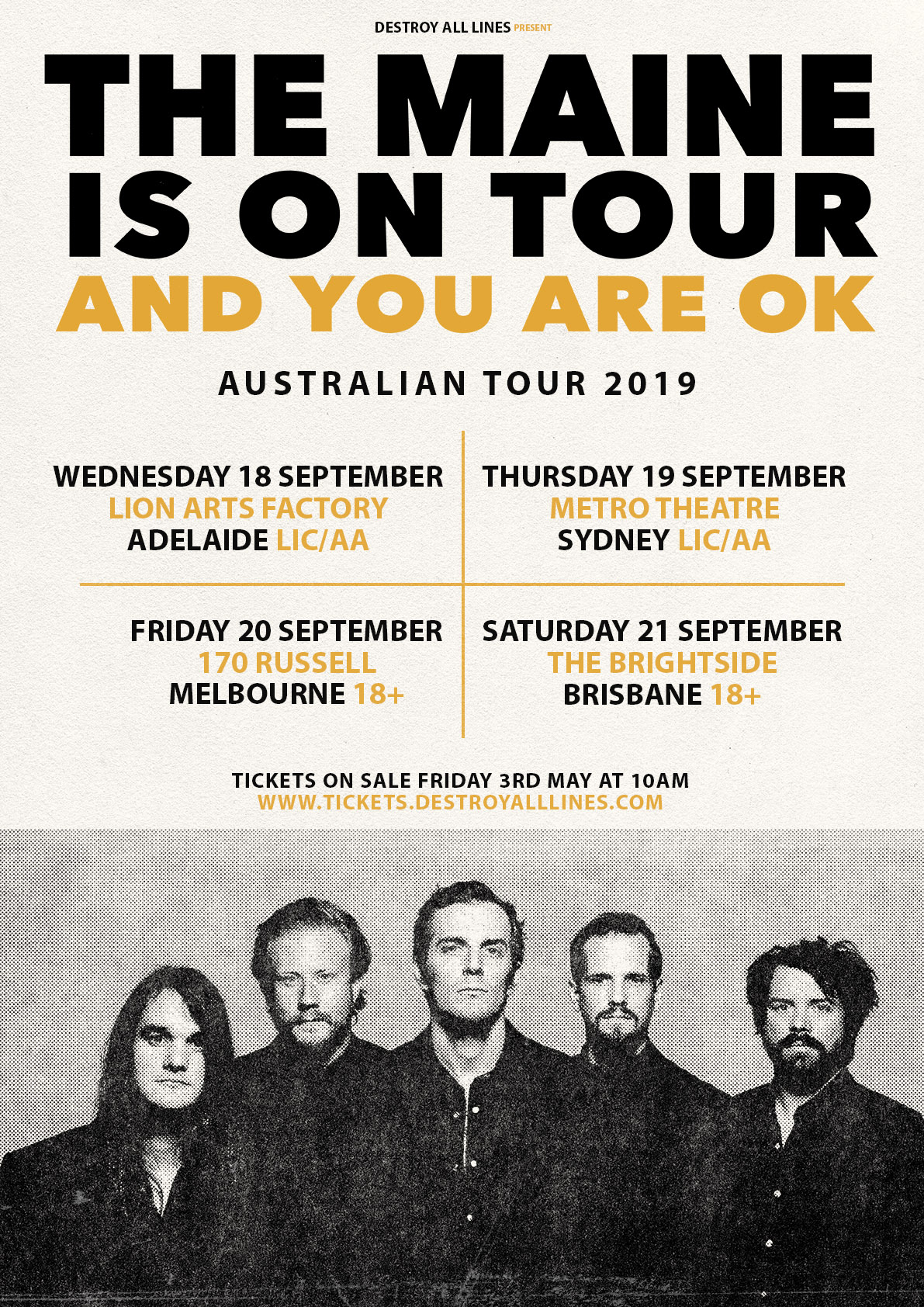