We are sorry to advise that the previously rescheduled Iron Maidens tour slated for February 2022 will be postponed and will be rescheduled again for dates in the near future.

Unfortunately, we have no alternative but to postpone this tour again given the existing venue restrictions and the continually evolving Covid situation. This is for the safety of the touring party, tour personnel, venue staff and most importantly, patrons. Silverback's Danny Bazzi says, "We appreciate that another delay will frustrate fans, as it does us, however, for the safety of all involved and to ensure we can produce the best shows possible for The Iron Maidens, whilst keeping everyone safe, a further postponement is necessary. We are working with the band and their representatives to find a suitable period in the near future".

New dates will be announced soon. Tickets will remain valid for the new dates. If ticket holders cannot attend the new dates, they may seek a refund from the point of purchase, subject to some processing conditions.

We apologise for the inconvenience and hope that this is the last time we need to move this tour.

Formed in 2001, The Iron Maidens have quickly established themselves as one of southern California’s most popular tribute acts and are rapidly gaining international recognition. The band boasts beauty as well as excellent musicianship, lively stage presence, and a remarkable stage show with theatrical scenes interspersed throughout.

First and foremost on the agenda of The Iron Maidens is talent. These women are highly trained professionals with diversified musical backgrounds ranging from orchestral and musical theater to blues and rock. The band and its members have been the recipients of many awards including best tribute band, and best in category (guitar, bass, drums, voice) at events such as The Rock City News Awards, The LA Music Awards, and The All Access Magazine Award Show to name a few. The line-up is Kirsten “Bruce Chickinson” Rosenberg on vocals, Linda “Nikki McBURRain” McDonald on drums, Courtney “Adriana Smith” Cox and Nikki “Davina Murray” Stringfield on guitars, and Wanda “Steph Harris” Ortiz on bass.

The Iron Maidens cover Iron Maiden material from all eras of the band’s career, encompassing the band’s biggest hits as well as fan favorites. The stage show includes appearances by Maiden mascot Eddie, the grimreaper, the devil and more.

The Iron Maidens have packed houses everywhere they have played. 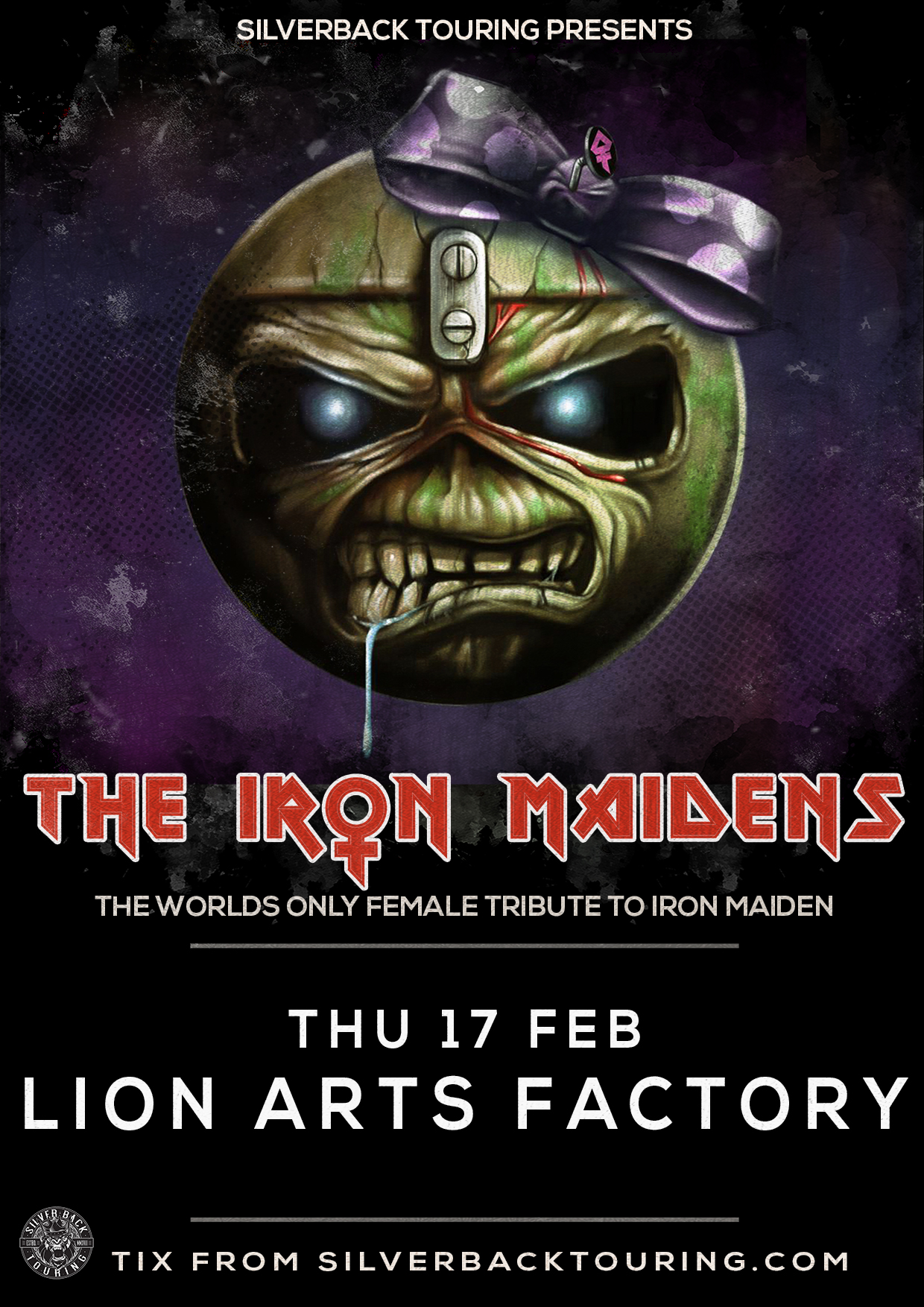