Celebrating the music of Tim and Neil Finn, ‘The Finns Tribute Band’ perform the timeless songs written and recorded by brothers Tim and Neil Finn during their years in Split Enz, Crowded House and their respective solo careers.

Through their quality musicianship and live performance, the band pay the ultimate respect to The Finn Brothers and their body of work playing a catalogue of songs spanning over three decades which include ‘I Got You, ‘Message To My Girl, ‘Don’t Dream It’s Over’, ‘Something So Strong’, ‘Better Be Home Soon’, ‘Weather With You’, plus many more.

‘The Finns Tribute Band’ will take the audience on a timeless and emotional two-hour ride, driven by some of the world’s most loved and well-known songs.

Performing one show only at Fringe 2020, this is one not to be missed! 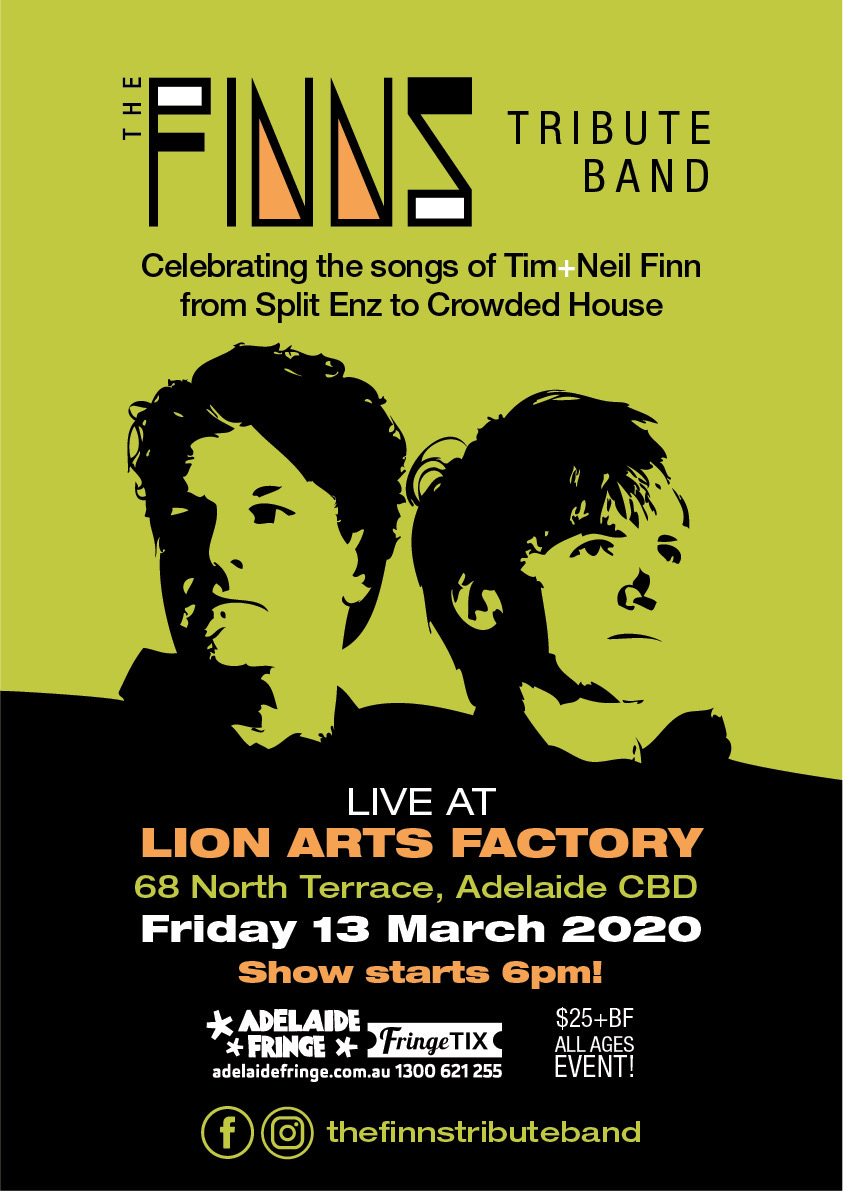