After their debut single release Teddy Mars are joined by some Adelaide indie favourites, The Max Headroom, Isaac Thomas and a new funky jazz-rock group called The House of Representatives.

Teddy Mars is a genre-curious outfit that strives to subvert expectations but is about as indie as it gets. Branching out of Burjon, an Adelaide based psych band that liked to test pub stage capacities around town, Teddy Mars adopts their lead songwriter to condense this huge sound into a music morsel with a shoegaze-esque aftertaste. Their debut single 'Thing For You' is the first shot at this in which they hope to give a fresh take on Adelaide's indie-alternative sound.

We're stoked to be having this one at UniBar with such great supports, so come and show your support for live music and our first single launch at UniBar! 🎊 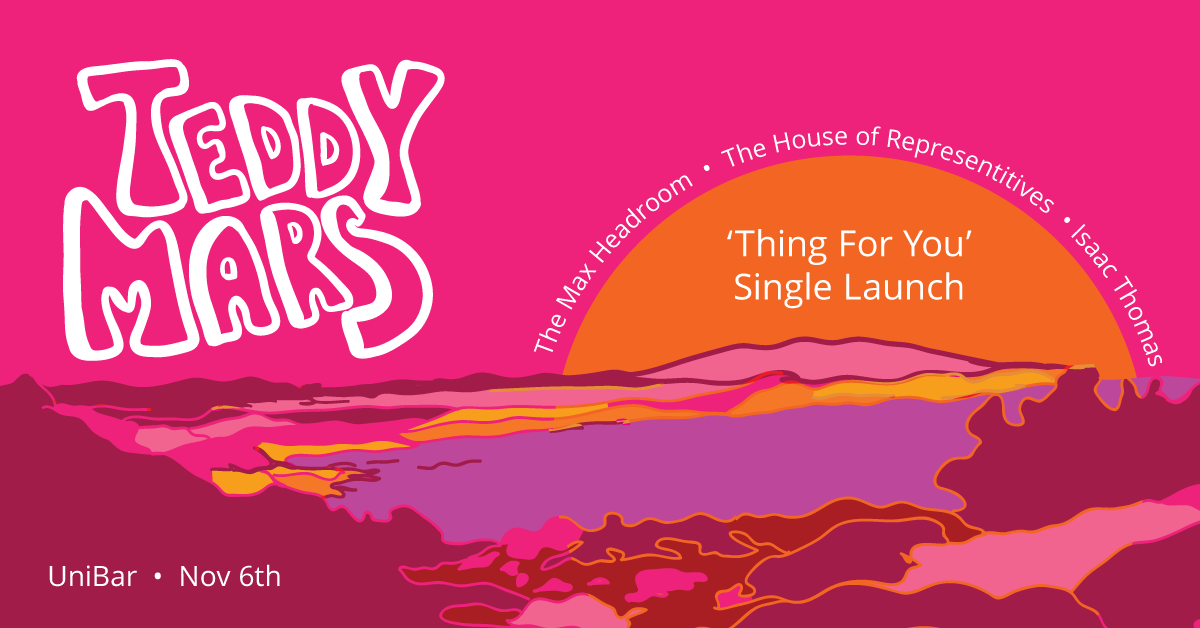