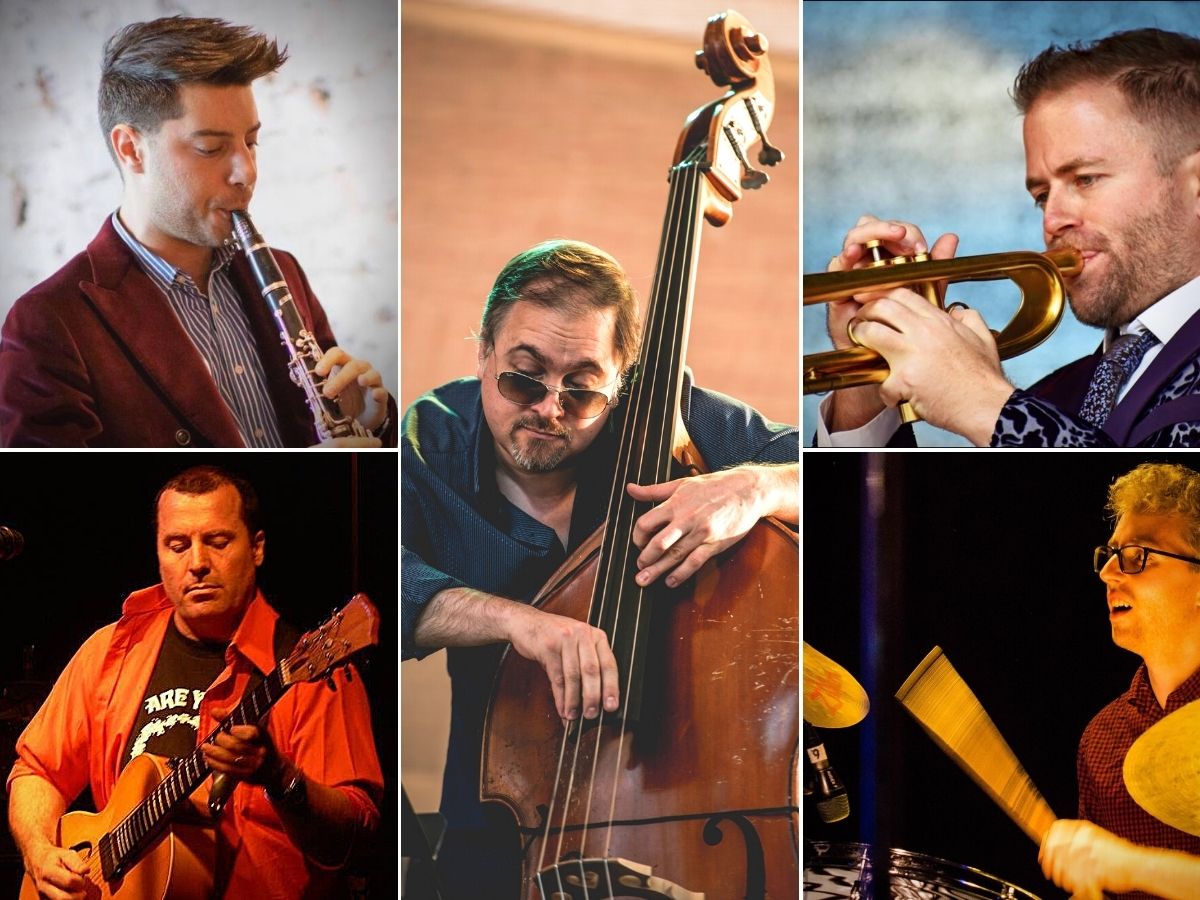 Led by bass player Pete Jeavons, the band was formed in 2017 and true to their name, they initially performed only in an acoustic, roving, quartet format aboard the paddle steamer Decoy as it cruised the Swan River during WA’s warmer months.

With many sold out shows aboard the PS Decoy now under their belt The Ramblers have started to make a few appearances on land too, adding a drummer to their ranks.

Although the individual band members are no strangers to the stage at The Duke of George, collectively, the band will make its debut performance there on Sunday November 6th featuring Adam Hall (trumpet/vocals), Adrian Galante (clarinet/piano), Brett Hardwick (guitar/vocals), Pete Evans (drums) and of course Pete Jeavons (double bass). Join the Swan River Ramblers for a great night of jazz that is guaranteed to please!