If you had to list the most important heavy Australian albums of all time, it’s likely that Sunk Loto’s 2003 release Between Birth and Death would be near the top, and Metal afficionados still consider the band one of the most influential home-grown bands of the early 2000’S

Signed to Sony in 1999 when the average age of the band members was 16, Sunk Loto released an EP and two albums over their 10-year history. They toured the world with bands like Korn, Linkin Park, Suicidal Tendencies, Perfect Circle, Deftones, and staked their claim as an epic live band at festivals such as Big Day Out, Homebake, Vans Warped Tour, Splendour in The Grass, and Falls.

Now, after 15 years apart, Sunk Loto are geared up to announce a return to the stage with shows along the east coast this winter, the shows will feature all four original members who have come together to reconnect with their fans, entertain, have fun, and reignite their love of playing music. 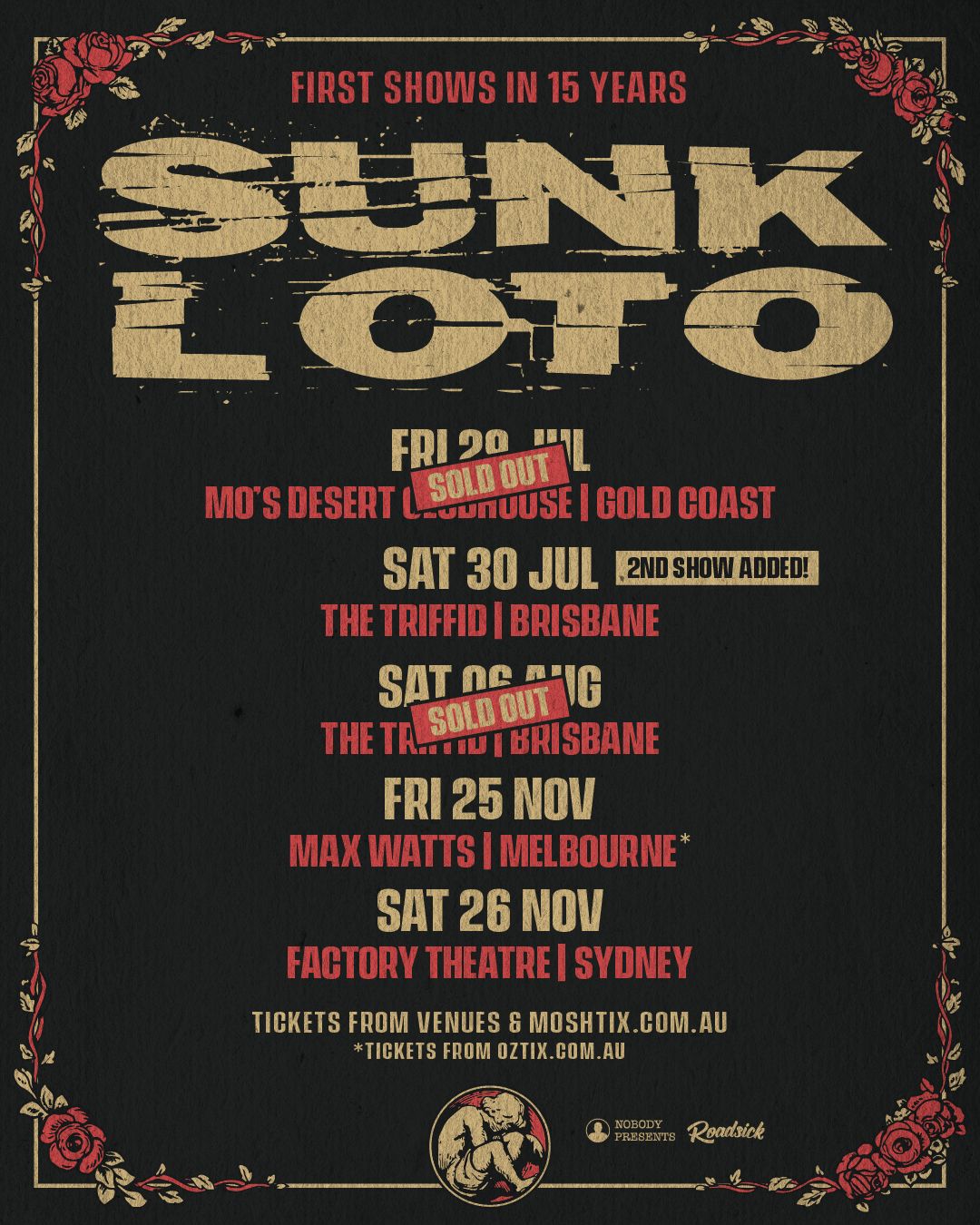 The Plot In You "Swan Song" Australian Tour

BULLS ON PARADE: RAGE AGAINST THE MACHINE TRIBUTE