Ever since their breakthrough EP “Sidewinder” was released in 2017, Stand Atlantic have been one of the “Hottest Rock Artists" in the world, according to KERRANG. In 2018, Stand Atlantic released their critically-acclaimed debut album “Skinny Dipping”, amassing over 60,000,000 streams, magazine front covers and featuring on the opening of Riot Games' League Of Legends. Fronted by the fiercely unapologetic  Bonnie Fraser, the band have enjoyed airplay across BBC Radio 1, Sirius XFM and securing the illustrious “Featured Album” on ABC’s Triple J Network. Selling out headline shows across Australia, UK/Europe and North America, Stand Atlantic are set to release their highly anticipated album “Pink Elephant” in 2020. 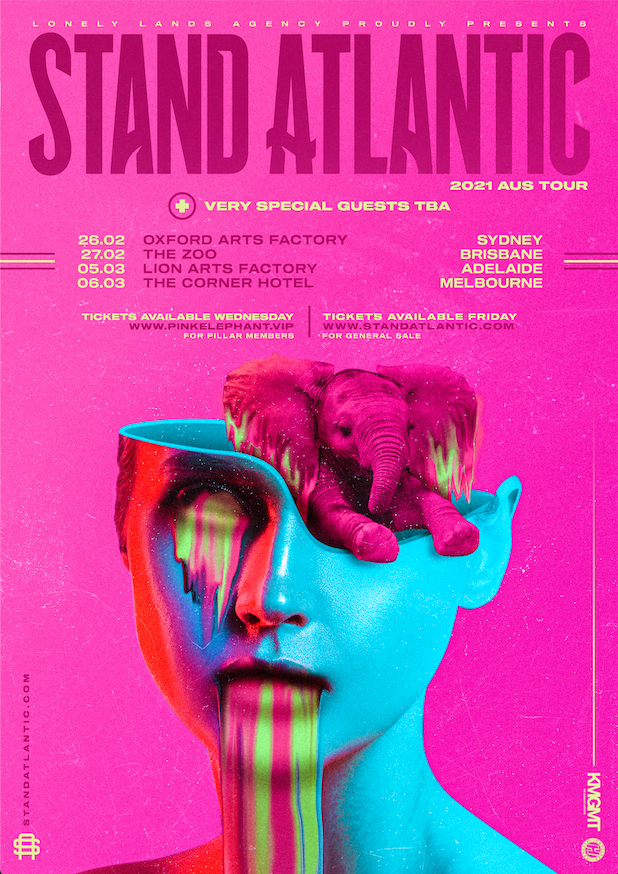