Missed out on Splendour tickets? Don’t worry, Splendour’s Official Sideshows of 2022 are finally here and set to roll into venues around the country this July!

This monster pile of tours is the biggest Official Sideshow announcement in the history of Splendour, so be sure to hold your hat as you get your head around this one…

Genre-defying duo SOFI TUKKER are celebrated for their inclusive electronic music and their work’s themes of liberation, unity, and self-empowerment. Their debut single “Drinkee,” was nominated for a Best Dance Recording Grammy® in 2017, which was followed by a Best Dance/Electronic Album Grammy® nomination for their debut album Treehouse in 2019. In Spring 2020 the group started live streaming daily DJ sets from their home outside Miami to millions of people worldwide and released their #1 quarantine anthem “House Arrest". Passionate activists for equality and community, their electric and energetic live show has sold out venues and graced major festival stages across the planet. 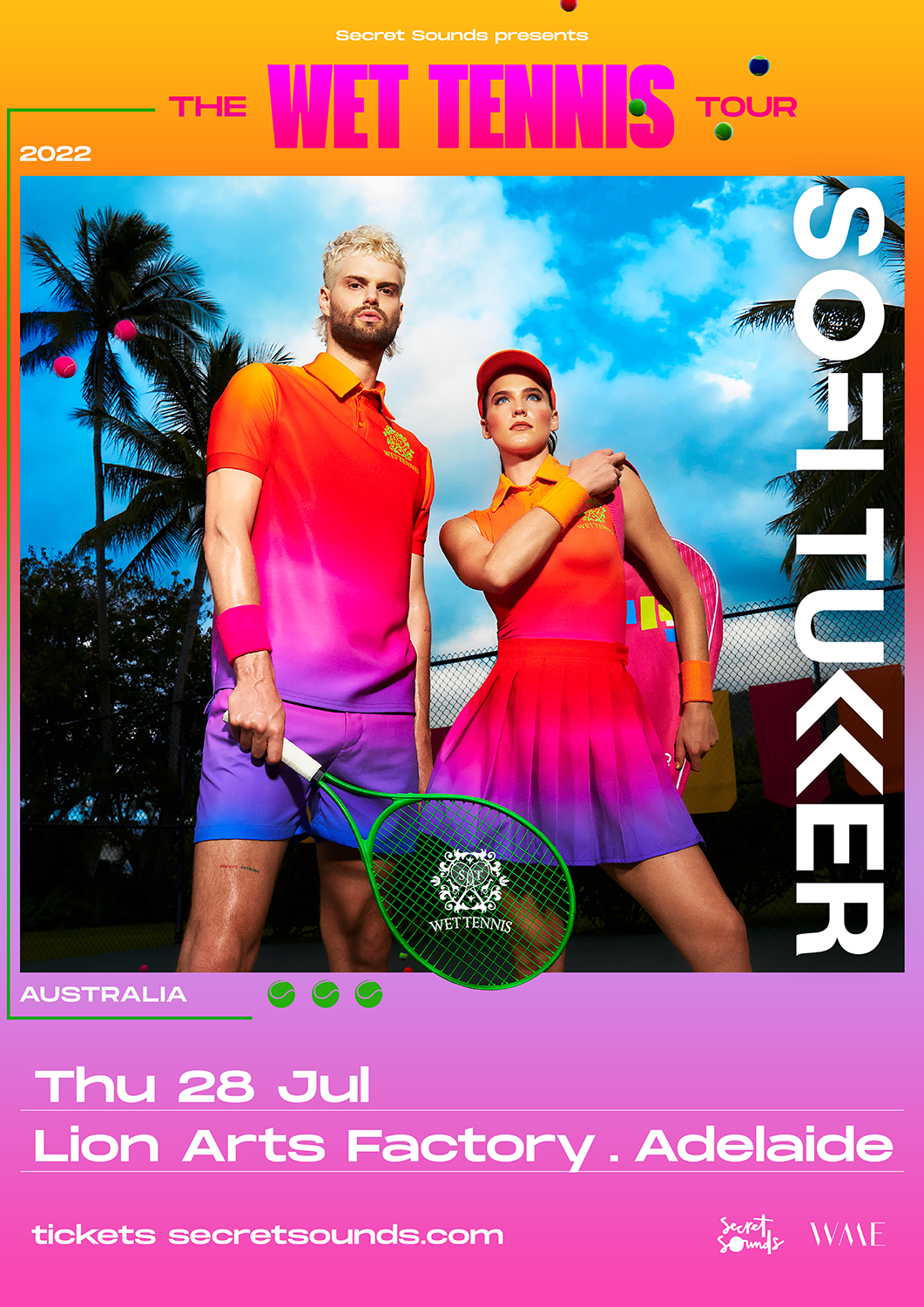