Small Fry Rock feat. Tim Rogers (You Am I)

SMALL FRY ROCK - Gigs you can take your kids to! Featuring TIM ROGERS (You Am I).
Supported by BEN ELY (Regurgitator)

Designed for music loving families who want to introduce their small fries to music they know and love. Family friendly and covid safe!

With a career now motoring along in its third unique decade, Tim Rogers, frontman of You Am I, remarkable resume encompasses the world of Music, Film, Television, Stage and Literature. You Am I, one of the essential Australian rock n’ roll bands, have released ten studio albums to date. Three of these releases have debuted at number one on the ARIA charts in consecutive order – 1995’s “Hi Fi Way”, 1996’s “Hourly, Daily” and 1998’s “#4 Record”. Recently You Am I released “Porridge and Hotsauce” in 2015 and last years live double album “All Onboard.”Whether as part of You Am I or as a solo artist since 1999, Tim Rogers has received 13 ARIA Awards.

Hailing from a mining town in WA, Tim Rogers has spent his considerable energy over these very memorable years, taking his talents to the world.  And now in his late 40’s and with a kit bag of experience and wisdom under his belt, has become a fully formed truly modern Australian icon.

Bistro menu and pram parking available at the venue.

See you on the dance floor! 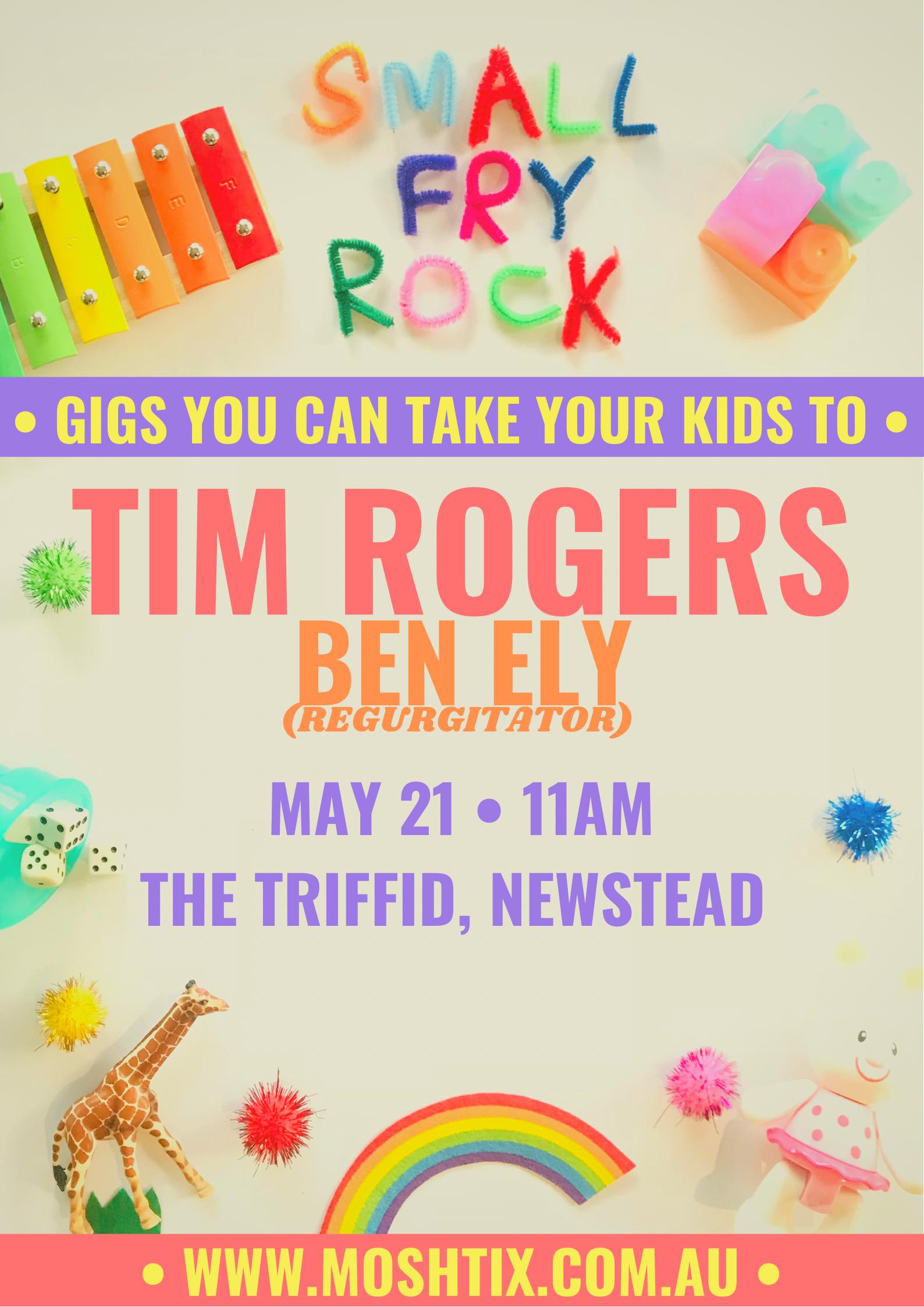