After a watershed year in 2019, Melbourne rock favourites Slowly Slowly are kicking off 2020 with the announcement of their third album Race Car Blues. The follow up to their critically-acclaimed 2018 effort St. Leonards, Race Car Blues launches today with the reveal of the album's title track and music video, before the release lands in full on Friday February 28.

The album captures a formative period for Slowly Slowly frontman Ben Stewart. Where St. Leonards found him reflecting on his entire life – harking back to painful moments and trying to rectify them – this album traverses through a crucial 18 months of self assessment and development.

Describing soaring album closer 'Race Car Blues' in more depth, Stewart explains that the song was something of a "hard chat" with himself. The track and accompanying music video capture Stewart grappling with the incongruence between where he was at as a person and artist and where he wanted to be.

To celebrate the release of 'Race Car Blues' Slowly Slowly will hit the road across Oct and Nov on their biggest tour yet. 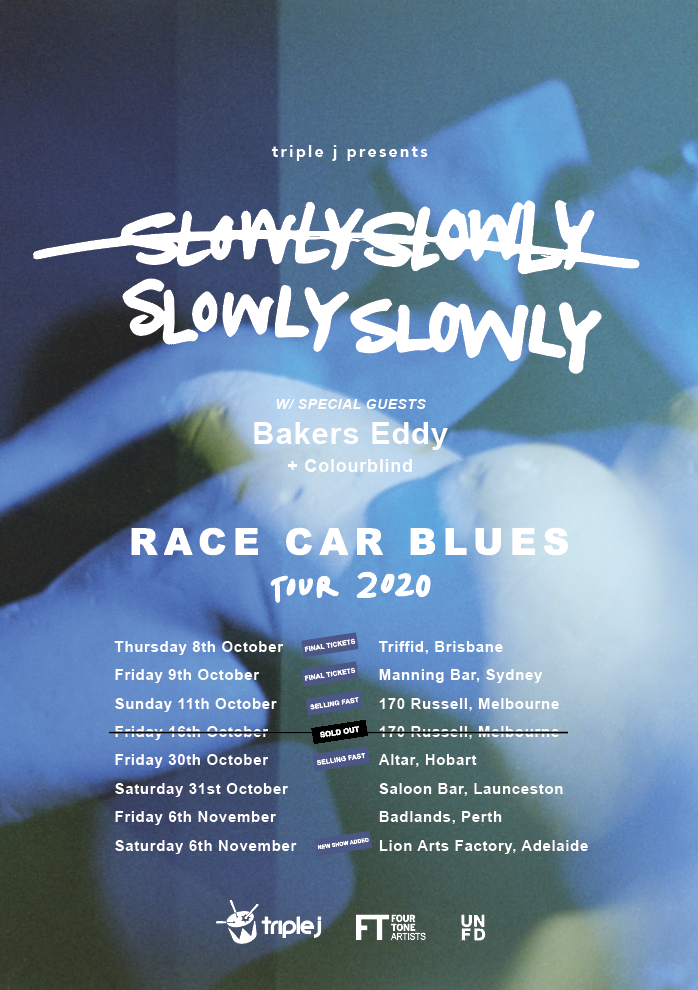