This event has been rescheduled to November 22nd 2020.

"Sister Nancy she one ina 3 million"

In the world of Jamaican music, where female icons are few but mighty, Sister Nancy’s original voice has resonated for decades.

The first female DJ, singer to earn enough respect to rock the microphone live in the dance halls of Kingston. Her all-time dancehall classic, and much sampled “Bam Bam” has reverberated globally, cementing her status as a living legend. After a 40 year long career, her voice mainstains. Sister Nancy is a pioneering singer and an unstoppable force. A real bad gyal, she embodies femininity and independence, lighting up stages with her inimitable show.

A crowd favourite, Lord Echo’s infectious live show brings to life his distinctive mutations of reggae and rocksteady with disco-tinged neo-soul, afro-beat and electronica. His club ready sound is tailored to get the floor bouncing. With a three album series out through the much-trusted Soundway Records, Lord Echo continues to garner international acclaim and push groove-laden sounds into new territories.

Don’t miss this unstoppable night of whopping sound and rhythms. 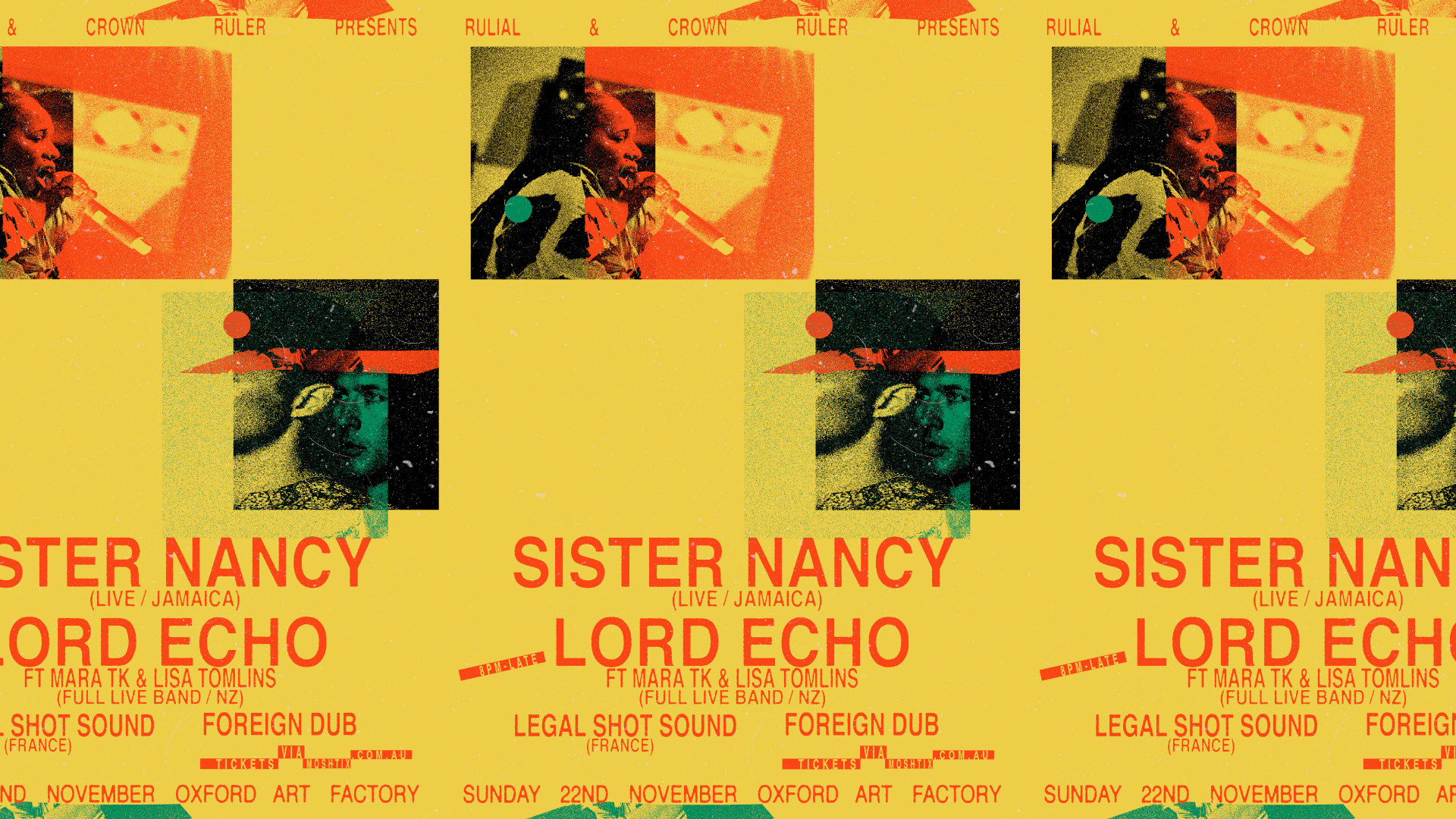