A legend of Australian comedy returns to the Melbourne International Comedy Festival with a brand new show.

The Dash “Between the year of birth and the year of death there’s a dash that represents all the time between those two events. What do you do with The Dash?”

Simon has been part of Australian comedy for three decades as a creator of Melbourne Comedy Festival, television series such as Acropolis Now, The Games, Romper Stomper, Neighbours and Australian Gangster. He has performed at the Montreal Comedy Festival and recently became an award winning film director with the documentary LATIGO about Cuban comedians. He performs all over the world in both English and Spanish.

”FROM THE MOMENT HE HIT THE STAGE HE HAD THE AUDIENCE EATING OUT OF HIS HAND. A TALENTED STORYTELLER, PALOMARES IS BOTH APPEALING AND ENTERTAINING DELIVERING A HILARIOUS COMEDY EXPERIENCE" SYDNEY MORNING HERALD

“A CHAINSAW OF COMEDY” THE AGE , MELBOURNE. 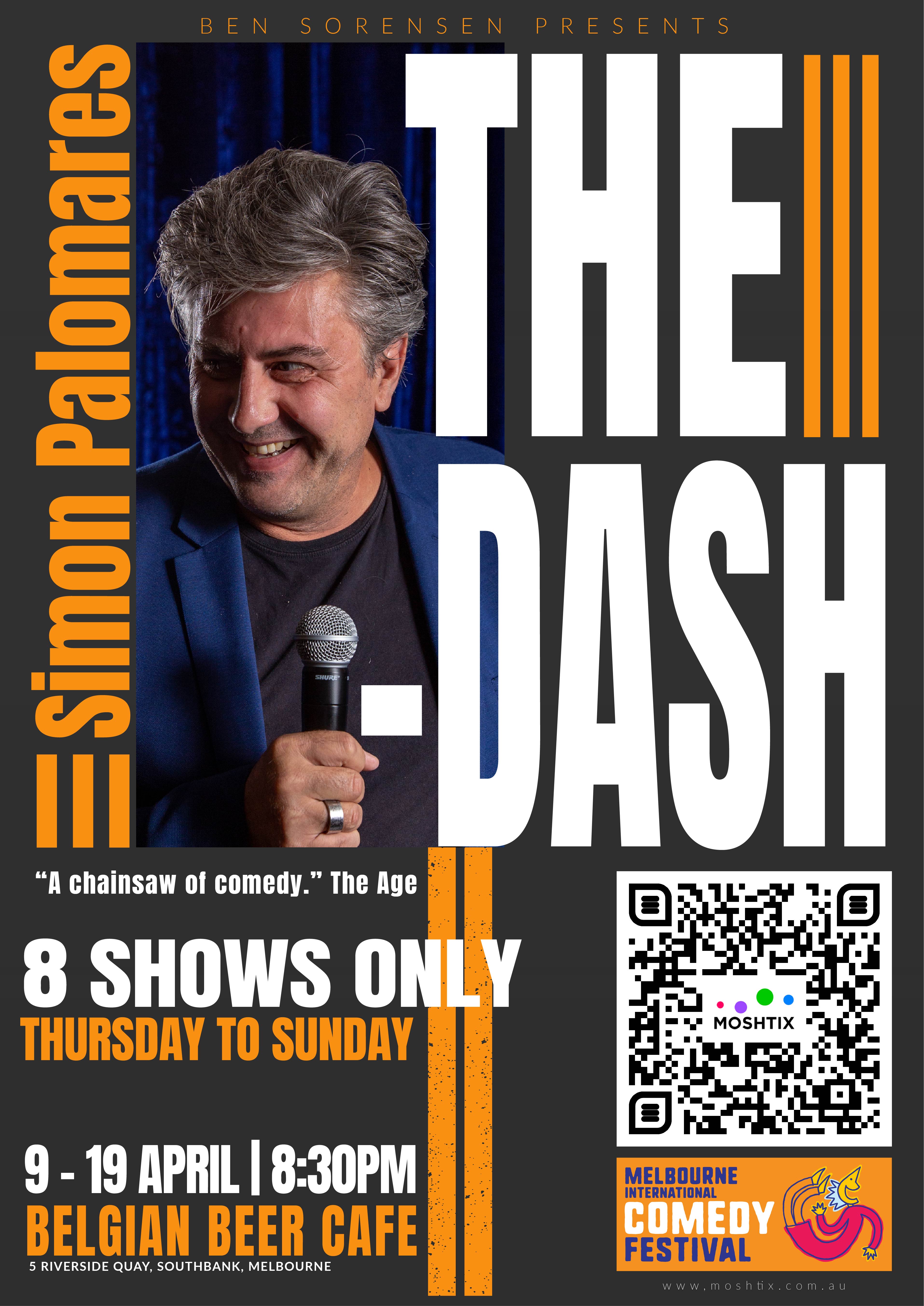 All of Ben's events are LGBTQIA+ Friendly and intended as a fun safe environment for everyone.

Matt Young & Barney Pollock – Australia’s ONLY comedy duo – are on a mission to be the country’s best improvisers.  more »

Kelly Mac: Wrong Side of 50