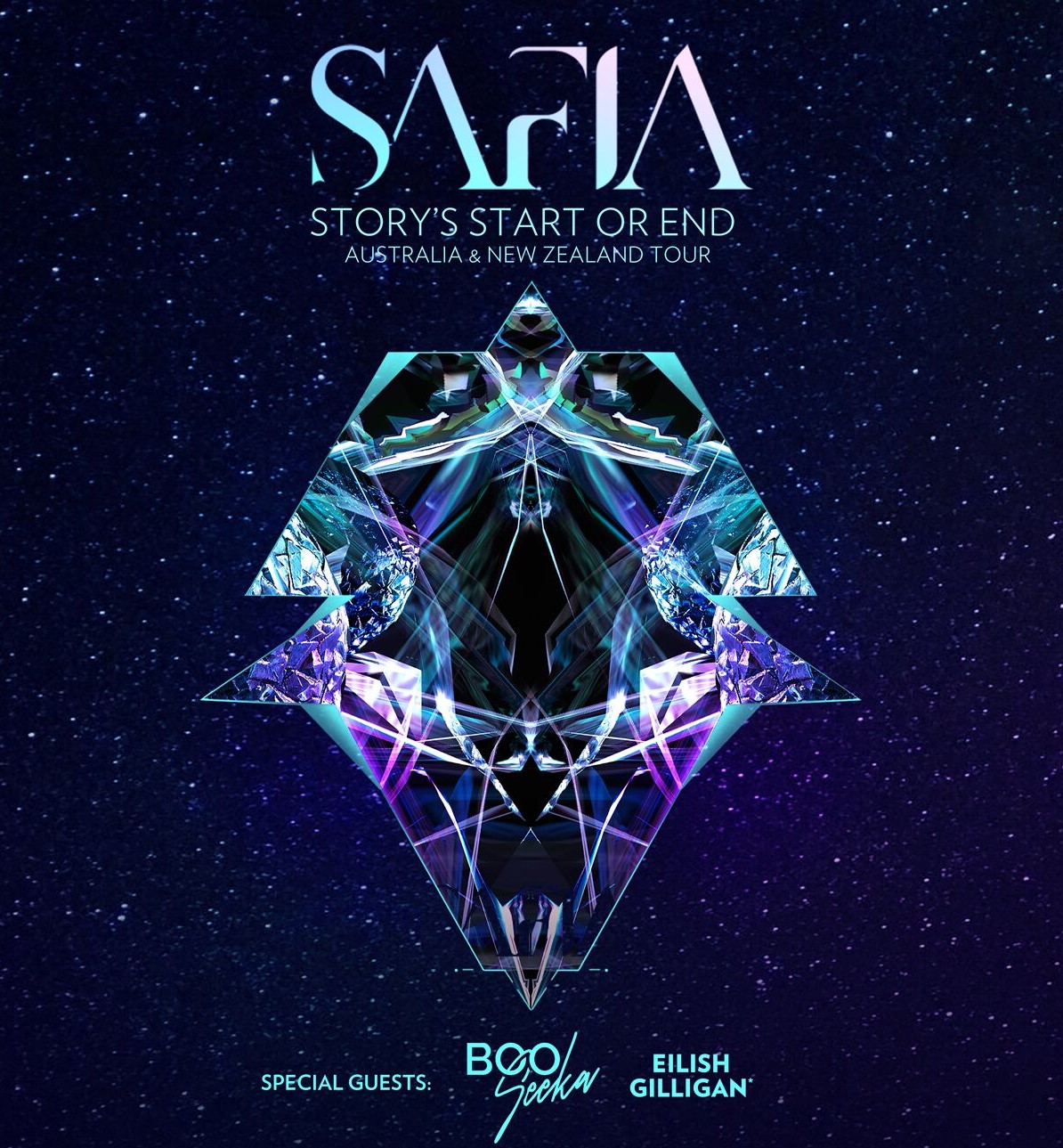 SAFIA have announced their highly anticipated sophomore album Story’s Start or End will be released on 9 August, closely followed by an extensive tour around Australian and New Zealand. Coming along for the ride will be good friends Boo Seeka as the main support.

Written and produced by the band over the past 2.5 years in their hometown Canberra, the album will include current single ‘Resolution’, as well as previously released singles ‘Starlight’ and ‘Cellophane Rainbow’. Story’s Start or End will showcase the Australian three-piece’s bold vision and fine attention to detail, with intricate production and adventurous arrangements underpinning thoughtful musings on identity, growth, and understanding. As a band they are known for forging entire sonic landscapes with rich, cinematic detail and Story’s Start or End will continue that not only sonically but also visually through their live shows.

To celebrate the launch of the album pre-order, the band has shared another song from the album titled ‘Think We’re Not Alone’ which avid fans might recognise from the sold out ‘Starlight’ tour in late 2018.

In the past year SAFIA have made a celebrated return to Splendour in the Grass, and graced festival stages including Beyond the Valley, Origin Fields, This That, The Grass is Greener, The Drop and a headline slot at Corona Sunsets. They also completed a sold-out run of limited capacity shows down the East Coast of Australia and played to adoring crowds in China twice.

With a rollcall of accolades that would make anyone feel proud, SAFIA’s debut album Internal was released in 2016 and landed at #2 on the ARIA Album chart, #1 on the iTunes chart, received ARIA and J Award nominations and saw the band achieve two Gold certified singles in Australia with ‘Make Them Wheels Roll’ and ‘Embracing Me’. They also completed a sold-out run of national album shows. They have accumulated over 140 million streams, not taking into account their collaborations with Peking Dukand Alison Wonderland. They have placed in triple j’s Hottest 100 over four consecutive years, toured US, UK and Europe, and have supported the likes of Lorde, Disclosure, Twenty One Pilots and Rudimental.

MADE IN PARIS ‘THE EXORDIUM TOUR’

This event has been rescheduled to November 7th. All ticket holders will have received an email with all relevant information more »