“With 1984's Hail to England, Manowar delivered one of the quintessential power metal albums of all time” Allmusic

Ross The Boss, Manowar’s co-founder and definitive guitar god, takes no prisoners when he and his earth shattering band pounds out “Hail to England” in all its decibel meter destroying glory.

Formed in 1980, Manowar launched an all-out assault on complacent boring metal. Bombastic, epic and above all exhilaratingly LOUD, Manowar sought to destroy all who stood in their path. Led by Joey DeMaio, Eric Adams and the soul-crushing guitars of Ross The Boss Freidman, Manowar broke the Guinness record for loudest band ever not once, but three times.

Now Ross The Boss is cranking the amps up to 12. Sitting proudly at #87 on Rolling Stone’s Greatest Metal Albums Of All Time, “Hail To England” merged the sound of the new wave of British Metal with skull-melting thrash intensity, and started punching holes in the membrane of the Universe.

On top of all this, fans can anticipate a slew of other Manowar classics, guaranteed to see fists raised to the roof, and leave ears ringing in utter metal bliss.

"We will bring the message of True Metal to our Immortal Metal Armies. We will deliver an experience only to be described as, true classic metal. We are going to devastate every audience, every night, without mercy.” Ross the Boss 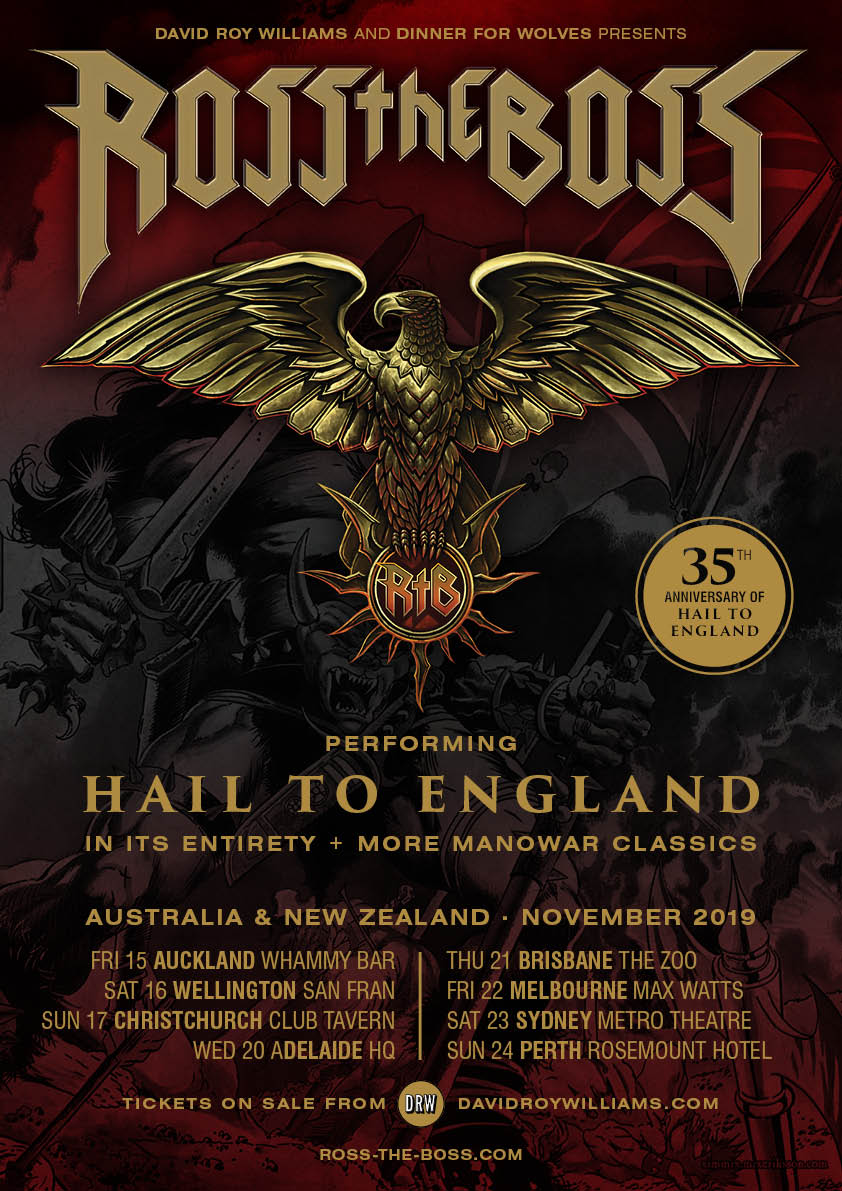 Desert Rock pioneers Yawning Man will finally make a soaring flight to our shores for a long-awaited tour of Australia and New Zealand in January 2020. more »