LIVE IN THE BASEMENT // FREE ENTRY!

Rosella: Rosella is a hard-hitting Alt/Rock outfit from Melbourne, Australia. With songs that aim to capture a balance of honest lyricism with an earnest sound that feature moments of melancholy and raw aggression. Formed in the darker months of 2017, when Jarith Hughes decided it was finally time to step out from behind the drums and share the growing list of songs he’d quietly been collecting over the years. Recruiting his closest friends, a few beers and one jam session, the foundation for Rosella was laid.

Hiddenite: Hiddenite is an Alt-Rock band with a hint of folk, singing sad tales of an apocalyptic world and strippers. 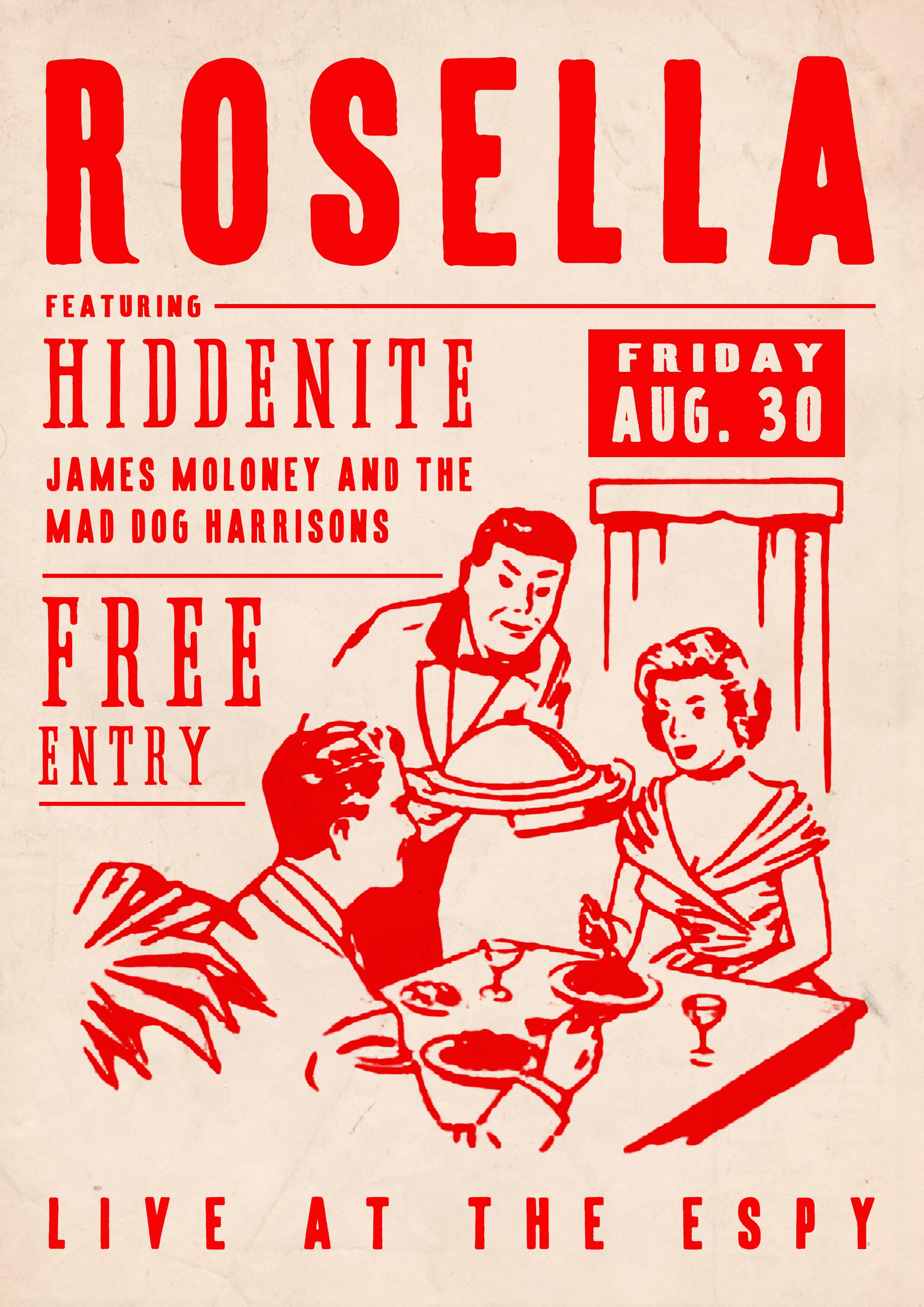