I don’t think there was ever such an exciting time for dance music worldwide as it exploded from the underground and made its way through to the mainstream. Adelaide was no exception to this as the underground rave scene played host to some truly memorable parties like ULTRA WORLD, INQUEST, JIGSAW & FANTASIA right through to the birth of ENCHANTED FOREST, whilst on the club scene we bore witness to superclubs HEAVEN & THE PLANET, which were full of thousands of clubbers each and every weekend.

The crew at REWIND felt now was the perfect time to try and recreate some of those memories, as when the chance came to secure one of the most iconic hardcore bands of all time, we jumped at it. So ladies and gentleman, we present to you…

You could almost call US the voice of the mid 90’s, responsible for hit after hit and selling over 300,000 singles and albums, they were constantly billed alongside the biggest players in the rave scene such as THE PRODIGY, MOBY & CARL COX and set off on multiple massive tours in Australia.

So grab your whistles, stock up on your vicks and unpack your phat pants – this will be one unforgettable trip down memory lane – HERE WE GO AGAIN! 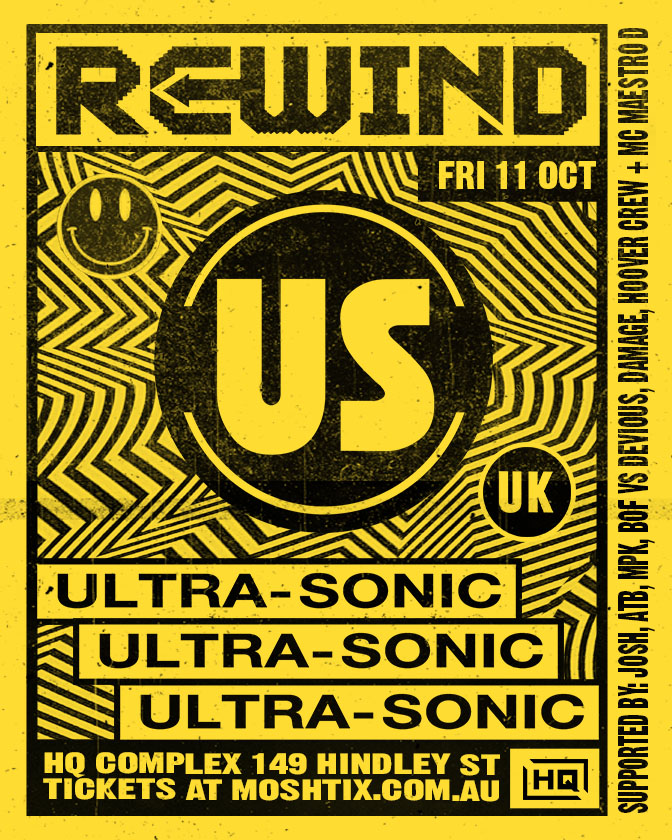