Raccoon City have released three singles in the lead up to the much-anticipated album. Their first single ‘Carnation’ (premiered on triple j’s short.fast.loud back in January) saw a triumphant return for the band in a subtly haunting single, touching on political themes. ‘Nocturnus’ (released in March) demonstrated the band’s individual influences to create a song that duels as a part slow burn ballad and more traditionally expected hardcore with vocalist Levi Cooper’s signature raw screaming. While latest single release ‘Mortality’ explores reflection, digging into the group’s ultimate goal for their fans to feel “sad but accepted,” which informs a lot of their decisions as a band.

‘For Nobody, Nowhere’ is set to be Raccoon City’s most finely tuned piece of work to date as the band continue to hone in on their sound" 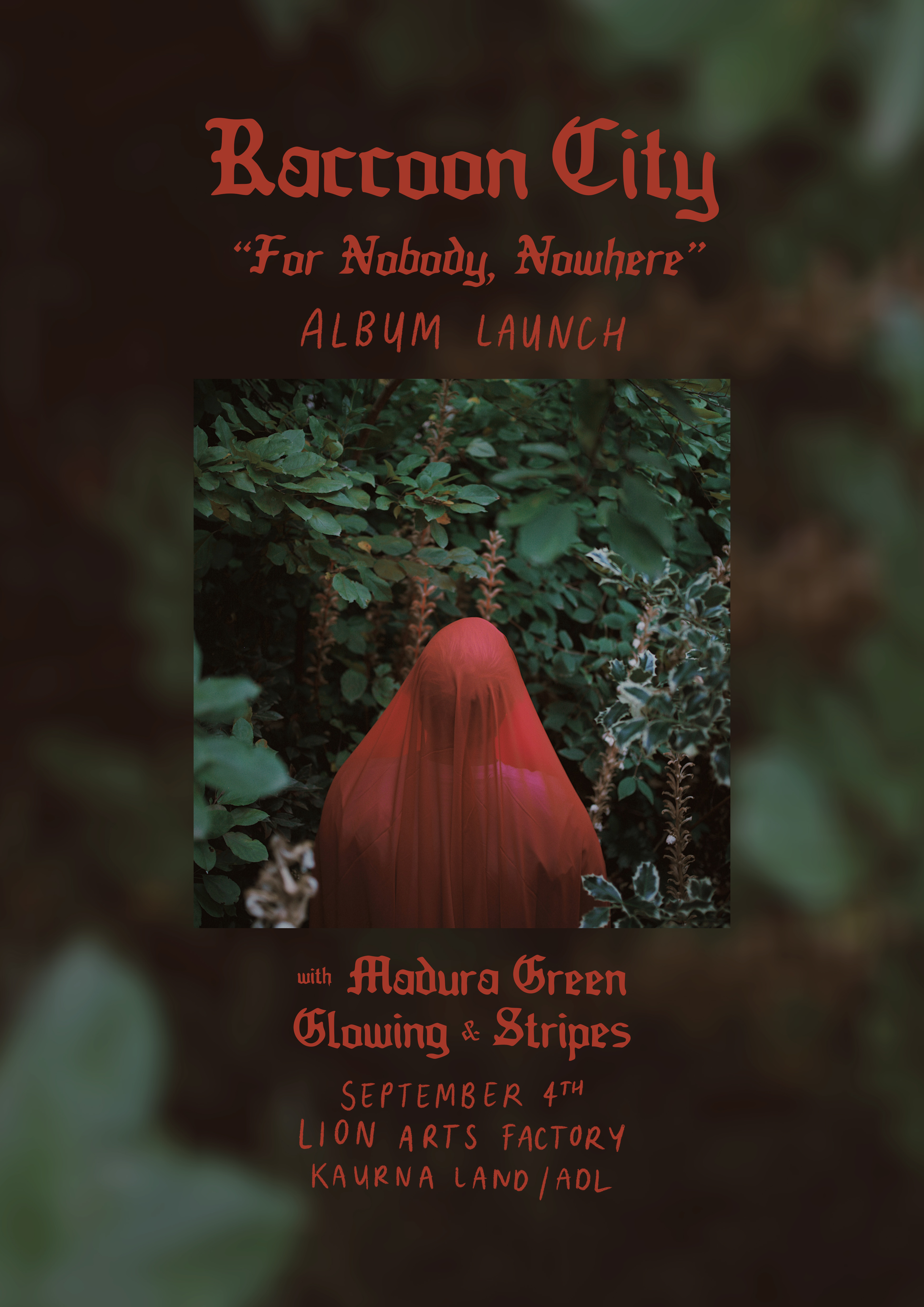