Melbourne group, PRESS CLUB release their second full-length album, Wasted Energy and head off around the country in November.

Two singles have been taken from the self-produced Wasted Energy so far. ‘Get Better’, and ‘Thinking About You’, in which Foster recounts her experience with a stalker. Never one to shy away from what is uncomfortable, the song embodies a freak’s tongue, cooing unbridled down the phone line; abrupt, uninvited, and out of the blue.

Wasted Energy approaches the microphone through a lens of extrospection. It examines the negative behaviours in the world around us and how we’re all learning to exist in today’s ever-evolving socio-moral landscape. Wasted Energy is broadly about change, and life’s watershed moments that change its course. These shifts are laterally represented lyrically and sonically in many of its songs. Sweeping about-faces and musical departures are an expansion of the musical fibre that make up the Press Club repertoire.

Wasted Energy follows on from acclaimed debut album, Late Teens, which thrust the group into life on the Australian and European touring circuits. Its reception to blame for their appearance at dozens of festivals around Australia (Falls, Yours + Owls, Fairgrounds, Festival of the Sun) and Europe (Groezrock, The Great Escape, Manchester Punk Festival, Stag + Dagger). The sold out first pressing of Late Teens was shifted rapidly thanks to a swathe of high-profile support slots (Japandroids, DZ Deathrays, Joyce Manor), radio play at the community and national level, and a bevy of media support both online and in print.

The massive Australian tour slated for later this year will see the band play shows in NSW, VIC, ACT, QLD, SA, TAS and WA after they return from their second assault on Europe and The U.K for 2019. The band descend on Reading and Leeds Festivals, Reeperbahn Festival and 25 of their own headline dates across England, Scotland, The Netherlands, Germany, Switzerland, Czech Republic and Denmark.

The enigmatic, Sydney quintet, Johnny Hunter – whom in their own right seem inexorably flung towards a crowd-wrenching career – join Press Club in what will be one of the most powerful tours of homegrown, showpersonship this year. 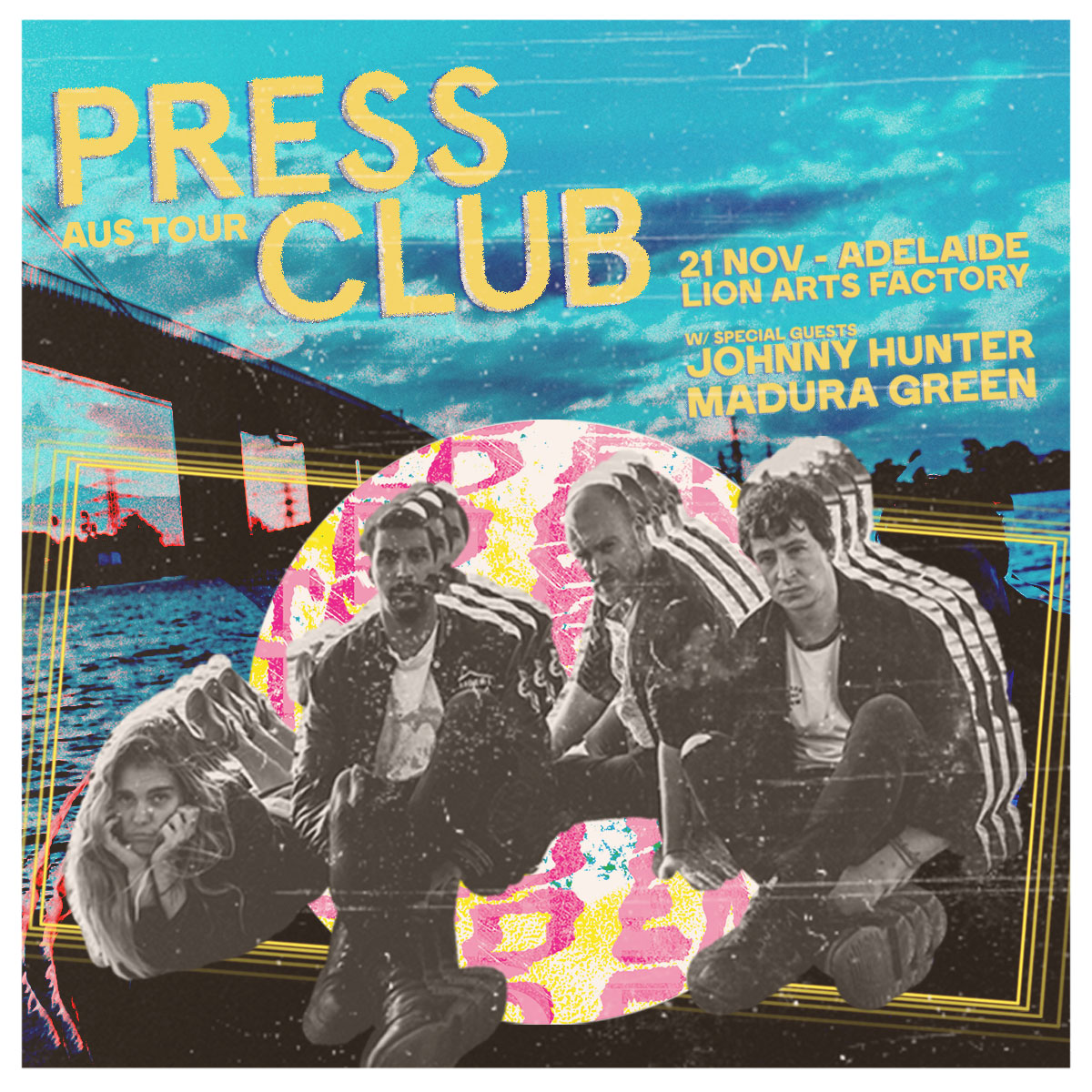