Sandstone Point Hotel, QLD
If you checkout without making all the selections you are entitled to, you will be able to return at a later time and choose your remaining options (simply log in to your Moshtix account and return to the event page).

After months of not being able to host interstate artists, Queensland borders are set to open in December 2021! For Shore festival organisers are looking forward to bringing some of Australia’s best talent back to their stage for Queensland fans.

Sydney dance music trio, PNAU are back for the second time at Sandstone Point Hotel, hitting the stage again after a very successful few months since releasing UK chart topper “Cold Heart” with industry icons Elton John and Dua Lipa. Get ready for an electric live performance, PNAU will have you singing all set to their catalogue of popular feel-good tracks including “Go Bang”, “Solid Gold” and “Chameleon” on the waterfront January 8th.

Making his debut at Sandstone Point Hotel is ARIA-award winning Aussie hip-hop star, Illy. Illy has been dominating the radio air waves for over a decade and performing headline shows at Australia’s most prolific festivals. Known for catchy hit singles “Tightrope”, “Papercuts” and “Catch 22”, the rapper will have everyone on their feet for a much-anticipated performance of all your favourite tunes.

Rapper, singer and songwriter, Allday will also take the stage for the first time at Sandstone Point Hotel. After a long-awaited trip to the sunny state from his hometown of Adelaide, Queensland fans don’t have to wait much longer to see “You Always Know the DJ” and other crowd favourites live.

Indie electro pop band, Confidence Man are also featuring on the bill of Australia’s finest, set to perform hits “Does It Make You Feel Good?” and “Boyfriend (repeat)”. Known for award-winning tracks and fronting some of the nation’s best festivals, Confidence Man are a huge addition to the already stacked line-up.

Back at Sandstone Point Hotel, pop singer and songwriter CXLOE is coming from Sydney to see her beloved Queensland fans. Get ready for encapsulating vocals and performances of original hits like “Show You” as well as her popular Triple J Like A Version cover of The Cranberries’ song “Zombie”.

Make your way to the foreshore for a day of sun kissed skin and feel-good music on Saturday 8th January with music industry royalty PNAU, Illy, Allday, Confidence Man, CXLOE and more to be announced. 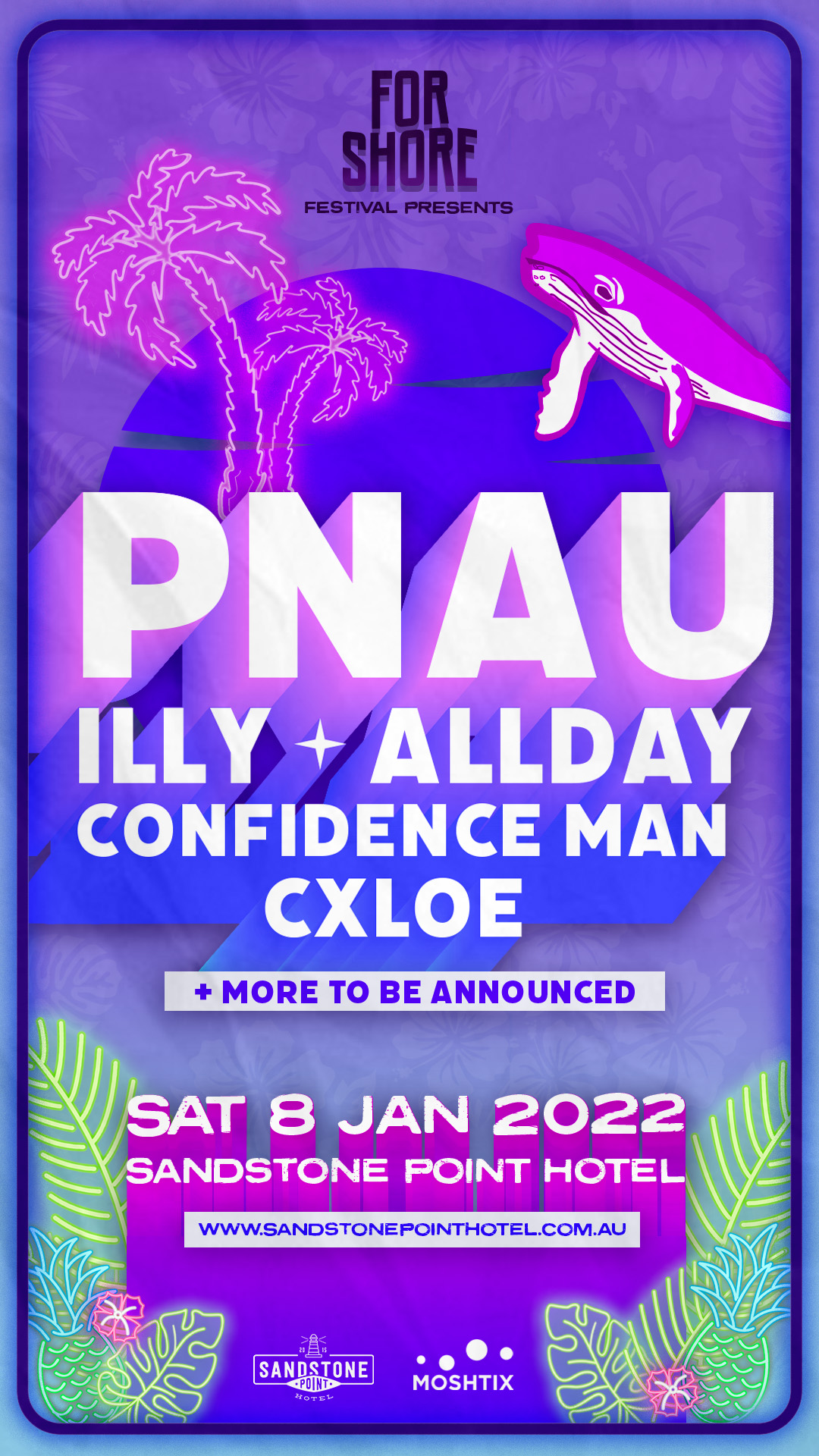 Ho! Ho! Ho! Tis the season to be silly so SUB ROSA is getting the band back together for a Christmas Party like no other! The best DJs from Brisbane's late, great underground club will be slinging tuna on the Voids in the salubrious new surroundings of WHAT'S GOLDEN at... more »