Swedish industrial metal titans, PAIN, will tour Australia for the first time ever in May 2018 in support of their eighth studio album, Coming Home (Nuclear Blast)

Led by one of the most iconic and legendary figures in the extreme metal world, Peter Tagtgren, PAIN will crush every capital city on the map. Mixing metal with electronica and techno, PAIN has gone from side project to fully fledged wrecking ball since forming in 1997.

Pulsating beats and wall of sound guitars drive the PAIN sound, however it's the atmospheric, orchestral arrangements and ambience that complete it. Live, the band are unstoppable. Delivering an inescapable sonic assault that demands your full attention and co-operation.

Tagtgren is one of the most prolific people in the music industry. He is the front man for legendary death metal act Hypocrisy and owner of the iconic recording studio, The Abyss.

With over 100 album producing credits to his name, Peter is synonymous with Scandinavian heavy music. In 2015 he also partnered with Rammstein front man Till Lindemann to release Lindemann which Peter describes as "a baby between Rammstein and PAIN... a mix of Rammstein vocals and PAIN music."   Perhaps the never ending stream of album credits and his own musical output is the reason why PAIN haven't visited Australian shores until now.

Special Guests on all shows are Melbourne's Witchgrinder.

Combining industrial rhythms with 80 s and 90 s metal markers and wrapping them in horror and sci fi centred lyrics, Witchgrinder deliver an exhilarating live show via their commanding stage presence.

Having shared the stage with Wednesday 13, Suicide Girls, Ghost, Hanzel Und Gretyl and more, they are the perfect appetiser for the main course.

BRING ON THE PAIN! 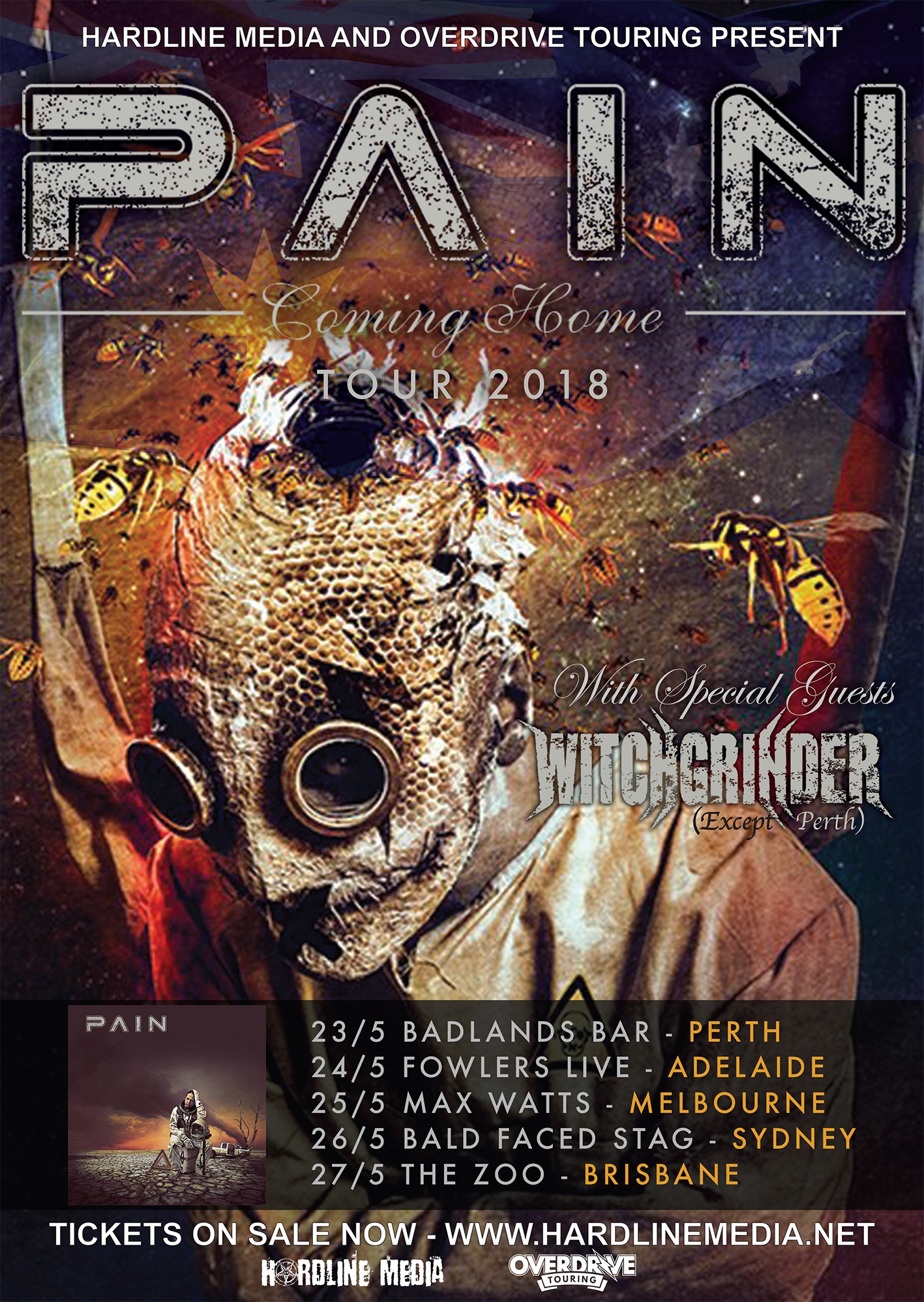 New Horizons for Brass: The 19th Century Emancipation of the Brass Family