After years of anticipation, Ovtsider are excited to finally present their debut headline show to celebrate the release of “A Necessary End.”

Taking place at Crown & Anchor on August 28, the hardcore boys will be joined by Melbourne based metalcore group, Vatic, who have been on an absolute tear since releasing their latest killer singles, “Reaver”, “Through the eyes of a snake”, and “Departure”.

Also supporting will be local hardcore thrashers in Tunnel Vision, and Exhuminator, who are a killer death metal act from Rural SA!

The bill is proper heavy, and it’s looking like it’s gonna be big, see you there.

*UPDATE* Due to COVID Restrictions, Vatic (MLB) are now unable to perform. This also means that Falcifer are unable to perform in Melbourne on this date and will be taking their place as main support.

As their first show with new complete lineup and their first hometown show since releasing debut EP ‘Pain’ on Greyscale Records; there has never been a better time to support local. 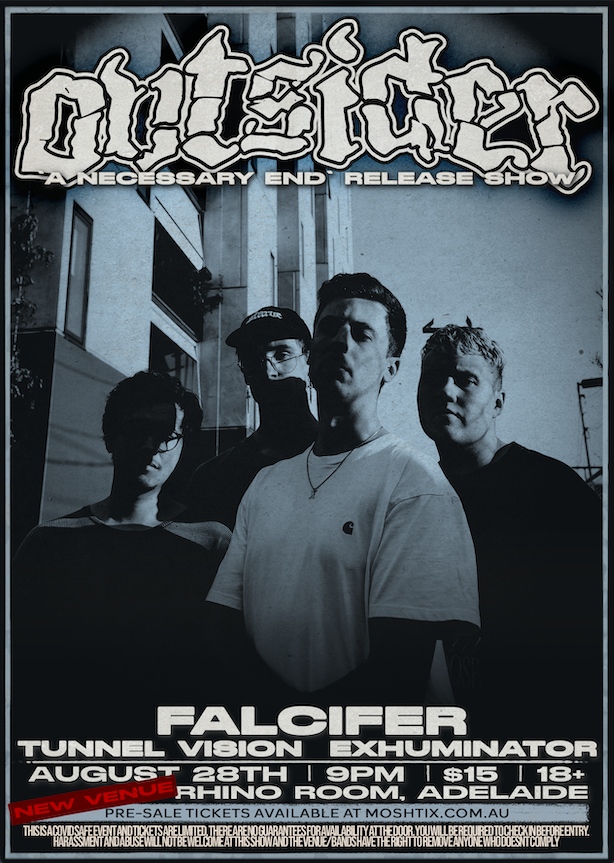