LIMITED TICKETS AVAILABLE AT THE GATE.

2014 brings in a new era for the hugely popular East Coast Originals on the Sunshine Coast. Since 2000 ECO has been keeping the Sunshine Coast stimulated with live free music twice a month in an outdoor environment regularly pulling crowds of 700 -1500 people.

After recently losing their main sponsor the non for profit event was in danger of falling over and ECO organizer Marcus Pluckhahn approached Mark Pico from the Big Pineapple Fest and Golden Days to jump in and lend a hand.

Pluckhahn says "there is so much amazing music in Australia, we want to steer away from big headliners and pick great music that goes with our culture. It's very important for us to have people come to our festival because they trust the Originals will be a great day no matter who we put on. It has worked with ECO for 14 years so we see no reason to change the formula for the festival''.

The first annual Originals Music Festival will be held at the Noosa AFL Grounds on the 13th of September 2014 and will be an all ages event boasting two stages and some of Australia's hottest indie acts as well as a large serving of local Sunshine Coast talent. 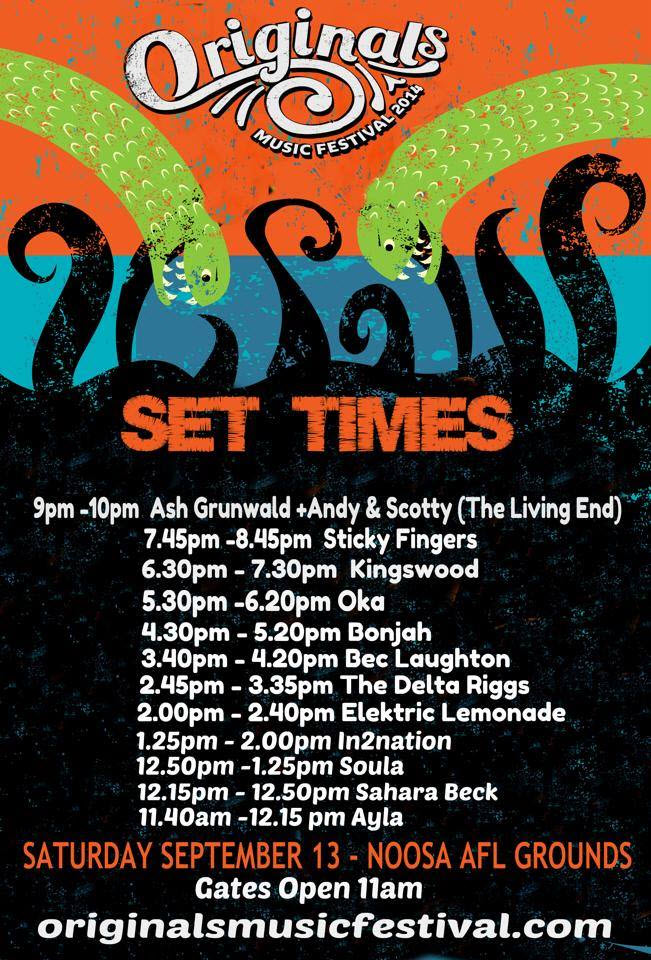 We're back in 2022 with three days of Sun, Surf and Soul at the beautiful Kings Beach on the Sunshine Coast! more »