Premiering the up and coming talent of the Perth DnB scene.

Kieran Dibb and Simon (Defyre) Fable created OpenDnB with the focus being, to create an industry night where up and coming Drum and Bass DJ's can have the opportunity to mix and meet other DJ's/Producers and Industry heads.

Teaming up with The Sewing Room we provide opportunity for up and comers to mix on club equipment in an established venue.

Since its inception the show has seen sold out shows, various major Drum and Bass promoters collaborations and even had a special pop up set from Brucey AKA Elhornet from Pendulum. OpenDnB also has a weekly radio show on KissFm the largest dance music radio station in Australia which completes the circle of being able to take a bedroom DJ to the stage, to the major promoters and onto a national radio station.

Simon and Kieran hope to create a consistent night where DJ's and Producers can develop, collaborate and create music with the hope of ushering in the next wave of electronic artists from WA to the world. 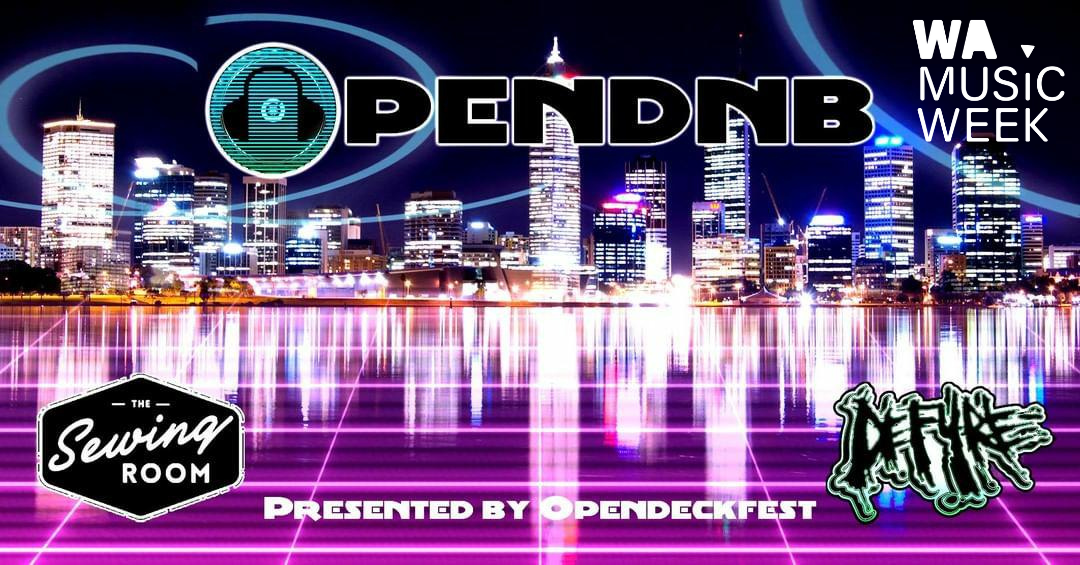 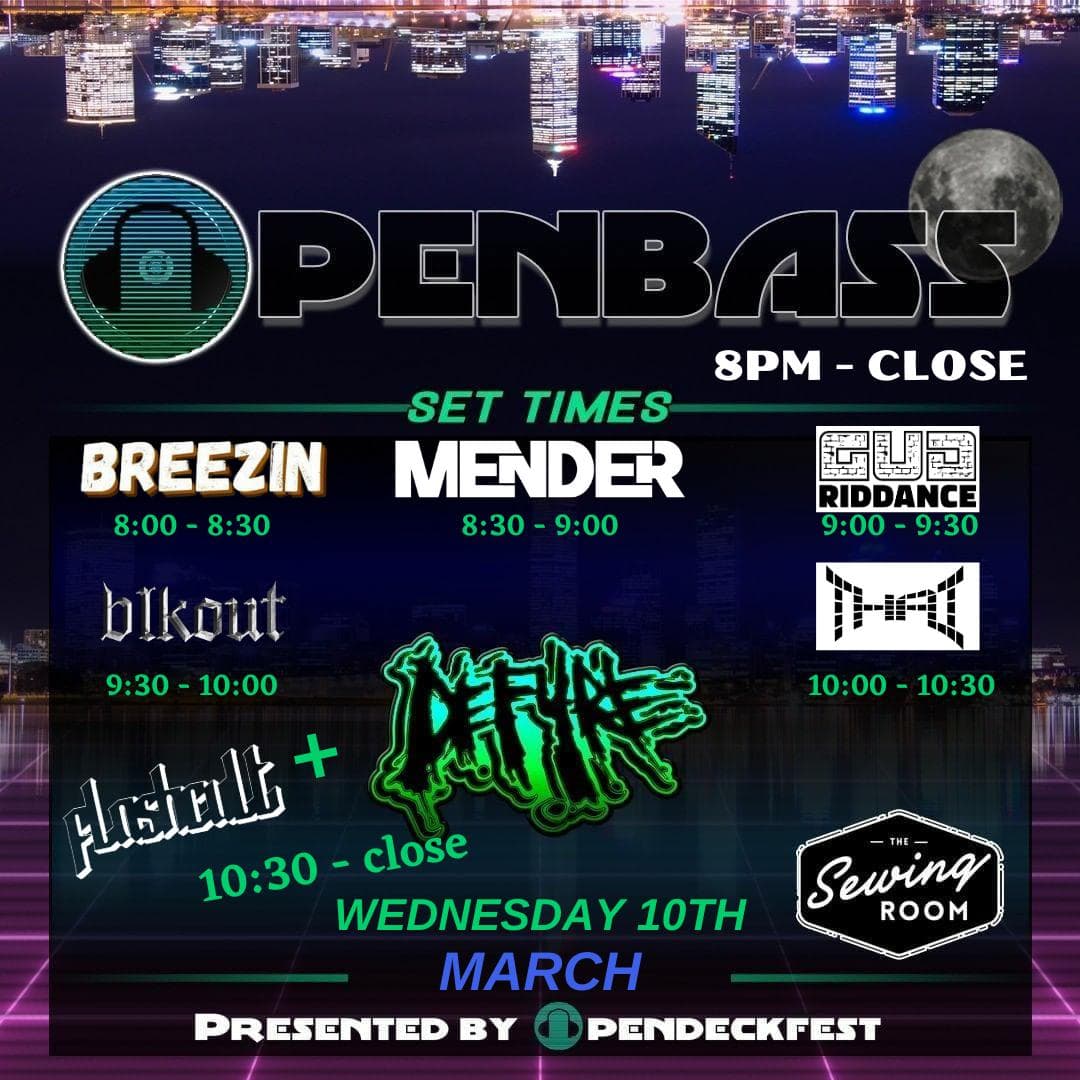 An important night to debut the stamping of Perth as a global landmark for heartfelt techno and deep basslines. Featuring a widely influenced line up of local artists willing to lay down no-nonsense, hard hitting sounds to create the ultimate bunker experience. The lights will be low, the smoke will... more »

Hailing from Perth, the epicentre of the Australasian drum and bass scene, ShockOne aka Karl Thomas is fast becoming one of bass music’s major talents. more »

Shed Shenanigans is a DnB event that brings you the sub genres; Dancefloor, Neurofunk, Jump Up, Jungle and Rollers (Mate). From its humble origins in spoilers1's backyard shed we bring you a night of filthy Drum & Bass. more »

MUCH ROOM is back again, packing those huge outdoor party vibes into inner city venues and pumping out bangers till the sun comes up more »