For a band marking their 10th anniversary in 2019, Alien is a bold leap forward; the work of a group fighting their way out of their corner by moving forward rather than looking back. Their previous three albums may have debuted in the Top 5 in Australia – with Node landing at Number One before going on to win an ARIA Award for Best Hard Rock or Heavy Metal Album, an accolade also awarded to Mesmer – but Northlane are in no mood to play it safe.

Those eager to see Northlane live won’t have to wait long. October will see them returning to Australian home soil for their national headline tour supported by Counterparts, Silent Planet and Void of Vision. 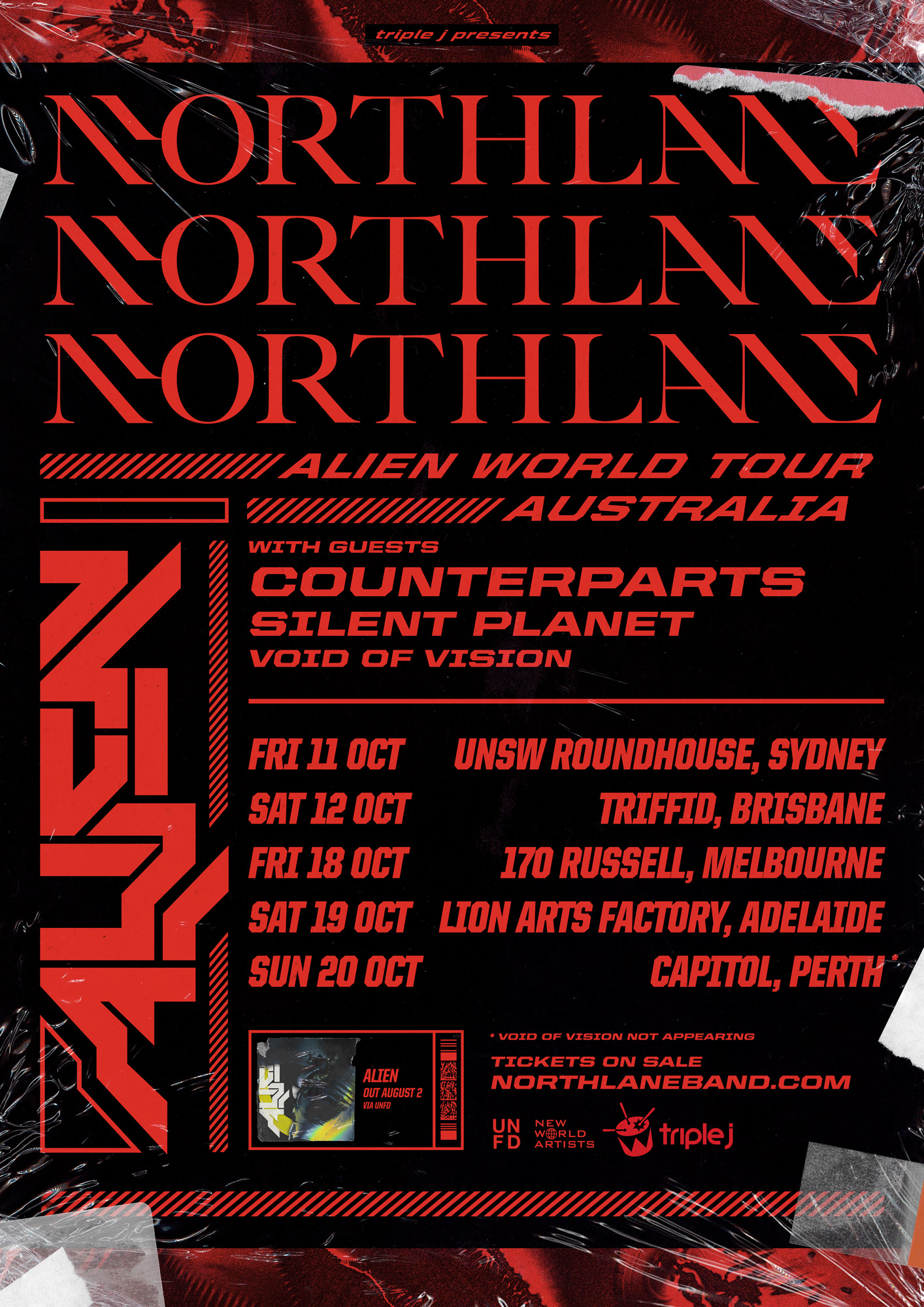