LOCATION REVEALED AT A LATER DATE, NSW
If you checkout without making all the selections you are entitled to, you will be able to return at a later time and choose your remaining options (simply log in to your Moshtix account and return to the event page). 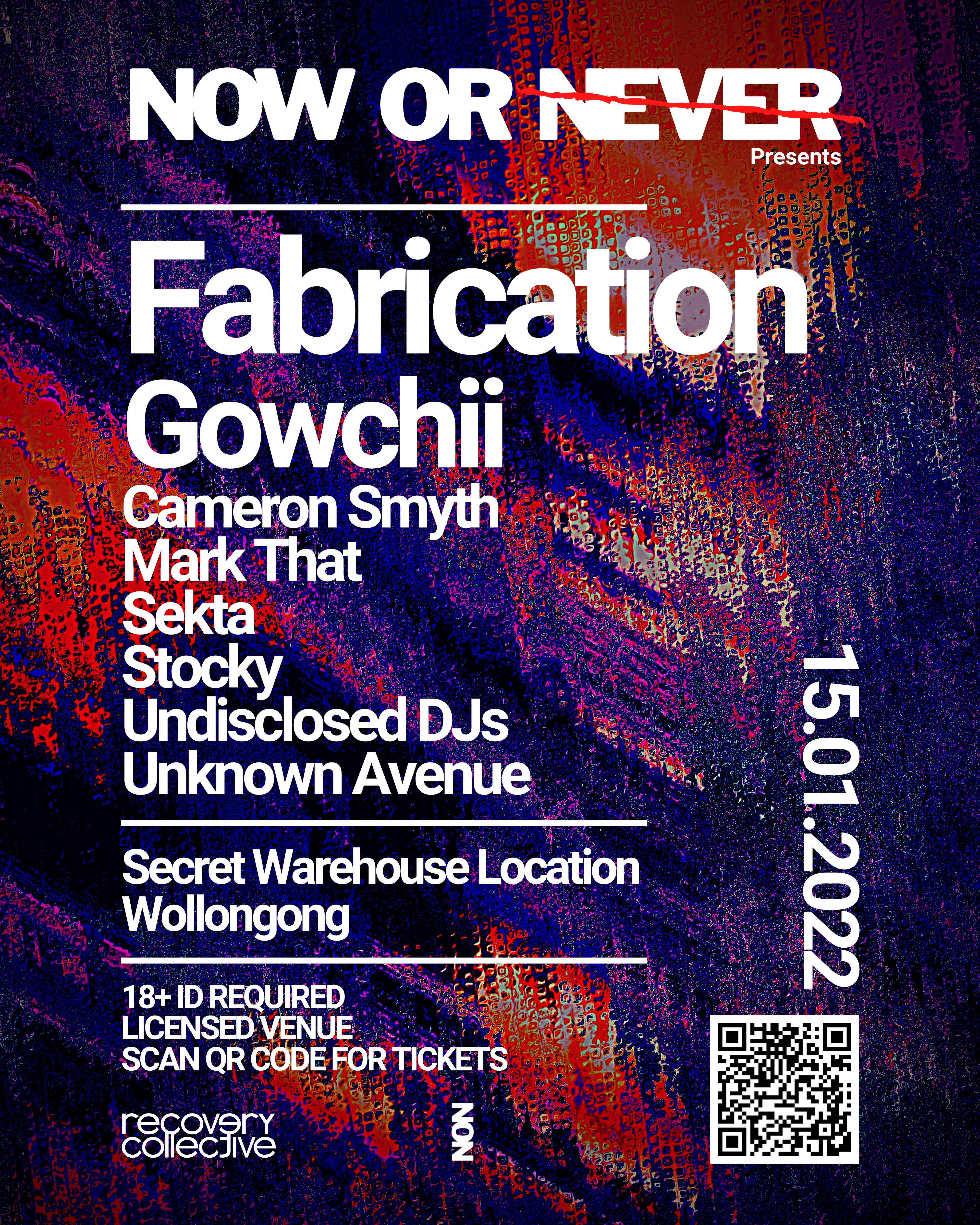 *Ticket holders will be emailed the location + arrival details prior to the event.

Over the last 6-12 months Fabrication has had all 5 of his latest releases hit the Top 10, three of them reaching #1 on Beatport at the same time and is currently rated as the 11th Top Artist of all time according to Beatstats, sandwiched right in between Fisher and Patrick Topping. He was also named Beatport's #4 highest selling Melodic Techno producer of 2020.

Following his debut album Colours, he released Dustpig - a very successful record that blew up quite crazy. After being released in June it sat at #1 for approximately 3 months and in the Top 10 for a total of 6 months. It has been picked up by some of the biggest names in the industry with a feature from Pete Tong on BBC Radio 1 and Armin Van Buuren creating/playing his own vocal edit of the track. It reached #2 overall on Beatport out of all 9 million tracks on their catalog and is still climbing in sales in excess of 10k.

Go to our official Facebook event HERE to keep informed

Now Or Never operates on the land of the Wodi Wodi people and the wider Dharawal Nation. We respectfully acknowledge the traditional custodians and first people of the land on which we will be gathering. We pay our respects to the Elders past and present and would like to extend our respect to any Aboriginal people who are planning on attending.
Is, was, and always will be.

Following the huge success of the SummerSalt concert series over past summer seasons, SummerSalt is back in 2022 more »

'Sparkling SYDNEY' Festival brings together our city’s renowned and unique culinary flavours and experiences in one all-encompassing showcase. more »