May 21st Saturday come Dance In The Blood with Nocturnal Animals to celebrate the new single ‘DANCING IN THE BLOOD’. Remember the movie Blade? This song is the sound of that opening Blood Rave scene in a punk fueled mosh happy track! We want to recreate that vibe at Unibar so put on your emo rave gear and come dance! Joining Nocturnal Animals is the captivating Frankie Sunwagon, the soaring melodies of Lost Woods, Sour Candy Dream Pop of Sunsick Daisy and emotion evoking anthems of Copious Dribble.

Emerging from the alt-rock depths in a shroud of emo-punk comes three skeletal figures… Adelaide’s own Nocturnal Animals. Making their mark on 2022 with Triple J supported single Where’s My Mind Been? In February, Nocturnal Animals unleash the new track ‘Dancing In The Blood’. Known for their high-energy anthems, recounting angst-ridden tales with distinctively thematic stylings, Nocturnal Animals bring this and more on ‘Dancing In The Blood’ with bass radiating a sing along melody hook, drums that take control of driving the tempo forward with a rave influence and a new inspired guitar tone.

Frankie Sunwagon is a four-piece Alternative Rock band from Kaurna Land, (Adelaide, SA). The band like to label themselves as a ‘fem-punk’ group as they explore themes of gender fluidity and equality through punchy, heartfelt lyricism and instrumentals.

The band draws influences from various genres. Lyrically there are similarities to The Cure and Evanescence, while the instrumentals blend themes of Noise Rock and Shoegaze through emotional yet aggressive melodies. Additionally, the band is beginning to incorporate some more orchestral elements, particularly strings, like that of Silverchair and Gang of Youths.

Lost Woods are an Australian indie rock/pop band from Adelaide, SA. Led by captivating vocalist Peter White, the group is completed by twin guitarists Tom Baird and Sam Baird, and the driving rhythm section of brothers Lucas Sly and Miles Sly. Their soaring vocals, jangly guitars and driving rhythms have earned them a loyal fan base. The band has had the privilege of sharing the stage with the likes of Holy Holy, Maddy Jane, Alice Ivy, Wing Defence, Towns, Mane, Timberwolf, Kingswood, George Alice and many, many more.

In the current social climate where modern youth culture places strong importance on mental health and well-being (and for good reason), Copious Dribble is at the forefront of these discussions within the Adelaide music scene.

Fronted by singer, guitarist and keyboardist Sam Upton, an advocate for current social issues such as climate change, indigenous rights and the inclusion of nonmale individuals in the music industry, Copious Dribble is a true reflection of his nature, as every project undertaken by the band has a purpose beyond the sake of performing their eclectic music that intertwines heavy band arrangements with enthralling synths. 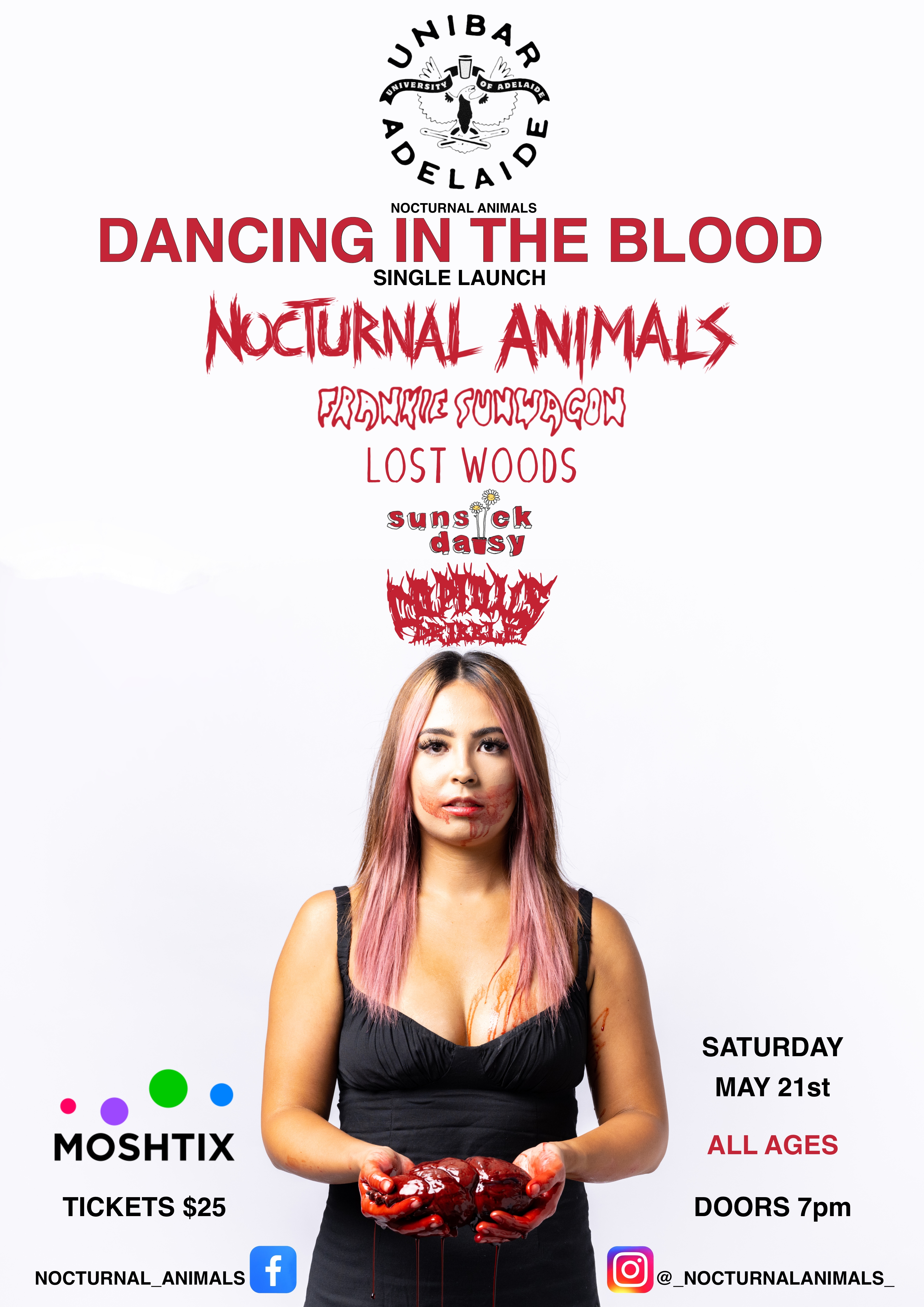