Songs of solace, reflection, some angst and hope are explored when you sit down with Midnight and Benjamin Trillado. The Melbourne artists kick off the new year spilling their guts through song at the Brunswick Artists’ Bar on Friday 28 January.

Singer-songwriter Eileen Francisco is Midnight - a musical alter ego formed after a year of lockdowns, heartache, and grief. As part of a duo, Midnight is accompanied by drummer/percussionist Heather Wright who has 25+ years music experience and has performed nationally and internationally with orchestras, bands, theatre, smaller groups and ensembles. As a way to process complex emotions, Eileen spent many nights in front of the piano and Midnight was born in 2021. Midnight has a collection of melancholy songs that span between contemporary genres including indie, alternative and piano-ballads and covers heartfelt themes of grief, isolation, and solitude.
www.instagram.com/midnightmisc

Benjamin Trillado is proving to be one of the most promising songwriters emerging from Melbourne/Naarm. Through introspective storytelling paired with a rich combination of contemporary folk and indie rock tonalities, Benjamin delivers a powerful and raw catalogue. Raised in a Filipino household where karaoke was family religion, Benjamin’s love of music bloomed from a very young age. Benjamin is now known for his heart-wrenching lyrics, unapologetic candour and his innate ability to make packed rooms full of rowdy punters fall silent. Benjamin has played to sold out headliner shows, festival stages such as Midsummer and Brunswick Music Festival and has played on stage with the likes of Ben Abraham (Kesha, Ben Platt, Missy Higgins), Stonefield, Little Quirks and The Dreggs. Benjamin has seen over 700,00 streams, been added to a number of playlistss and has gained significant traction on local and community radio stations across the country.
www.benjamintrillado.com 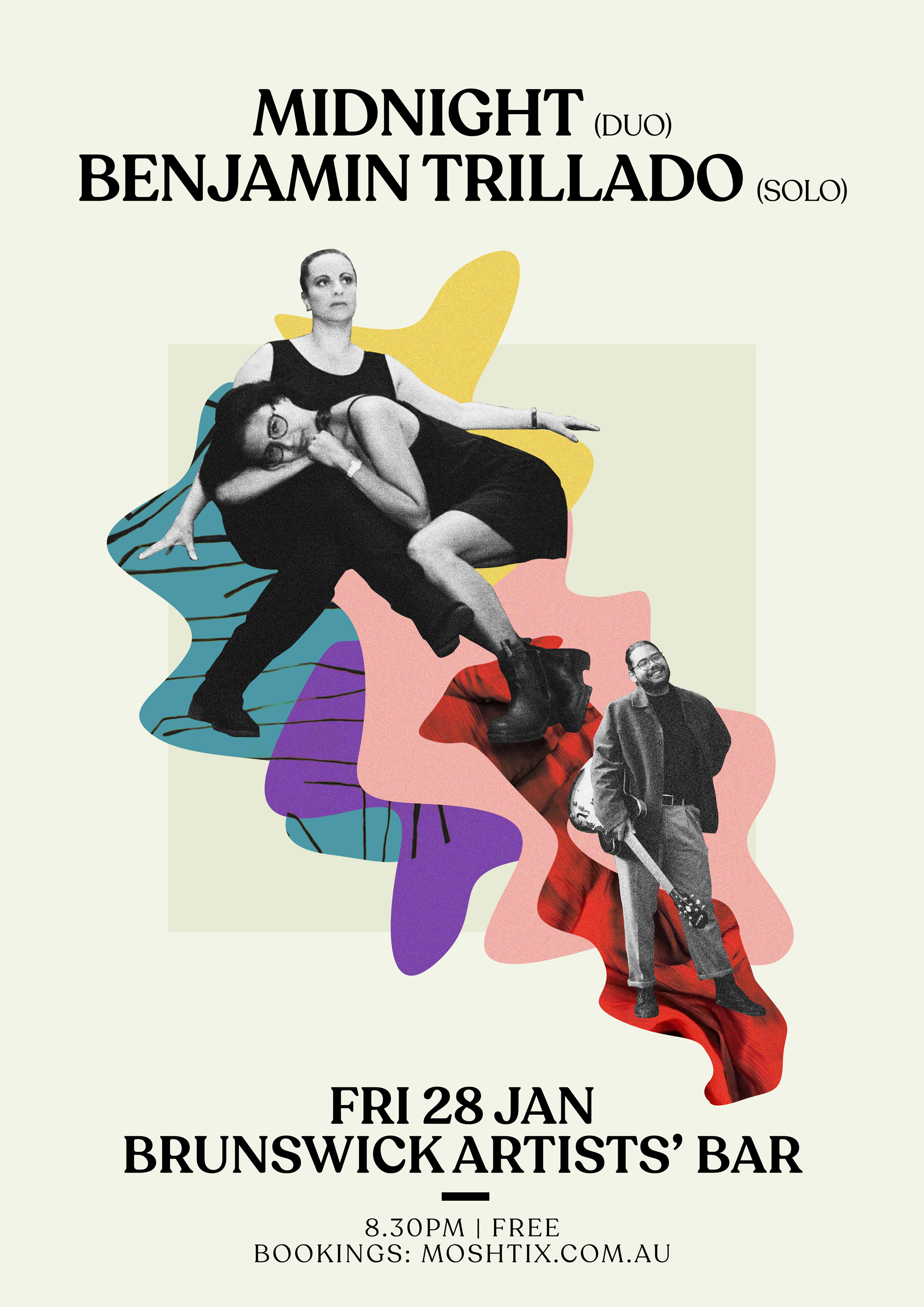 Delicious food menu on offer 6 nights a week. Come for some dinner, stay for the tunes.

Bootleg Rascal have joined Select Music and will be hitting the road on an Australian headline tour in support of their upcoming album ‘Sloppy Seconds’. more »