Debut European Shows in May

Hailing from the remote fringes of Perth, Western Australia, linchpin Jake Webb started Methyl Ethel in 2013 as a way of getting his bedroom recordings out in the public domain. The assonant moniker takes its name from the chemical compound Webb's father uses to make fibre-glass - methyl ethyl ketone peroxide. It was under this pseudonym multi-instrumentalist Webb released the early EP diptych Guts and Teeth.

With Oh Inhuman Spectacle given a national release by local label Dot Dash Recordings, Methyl Ethel's impact on home soil has been palpable. The trio has grown into a must-see live act and shortlisted for the Australian Music Prize alongside Courtney Barnett and fellow Perth act Tame Impala. Now, having joined 4AD, Methyl Ethel have the opportunity to take their music to a greater audience.

Leaving Perth for New York's CMJ conference last year - Methyl Ethel's first US appearance - their electric live shows impressed tastemakers in the northern hemisphere, and the trio will return next month to play the Austin's annual SXSW conference. Methyl Ethel will also play their first UK and European shows in May, a full list of dates can be found below. Further ticket information can be found on the band's official site methylethel.com. 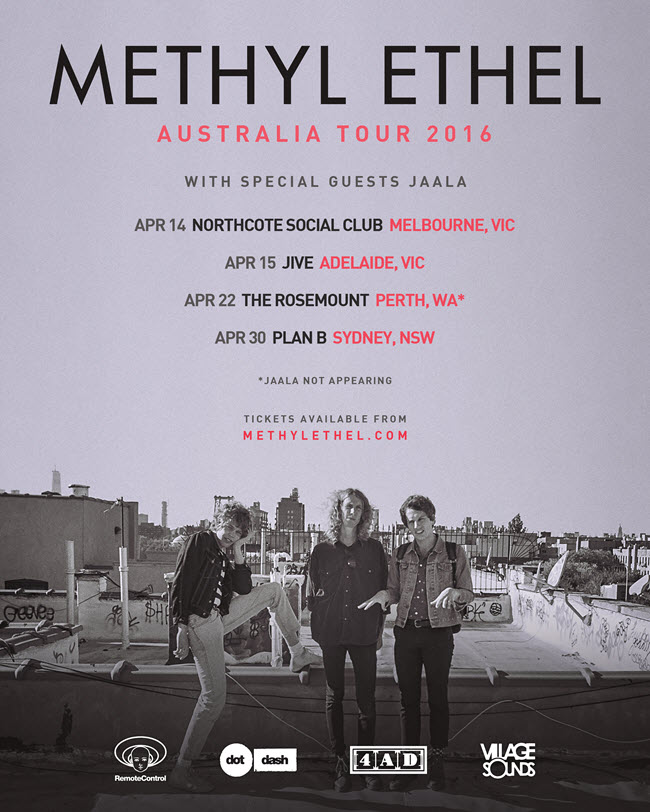