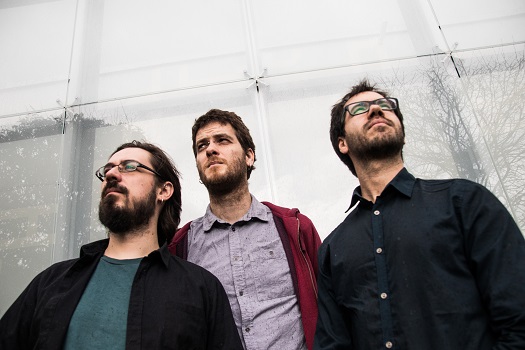 Meretrio was founded in 2004 in Sao Paulo, Brazil, with one goal: the exploration of the diversity of popular music. Since its founding, the trio has continuously expanded its creative work: Brazilian rhythms fuse with elements of jazz and chamber music.
In 2016, Meretrio released its sixth CD "Óbvio" in Austria and received a four-star review from Downbeat Magazine. In 2017, Meretrio´s album entered in the list “Best Albums of the Year” from Downbeat Magazine.
The trio has played at major festivals in Brazil and Europe, including: Bavarian Jazz Weekend, Fête de la Musique, Jazz'n More, Mikulassky Jazz Festival, SESC Sao Paulo, Jazz Na Fábrica.
In 2019,Meretrio started a new project and exploring the possibilities of mixing loop-machine with the acoustic trio. The key question is whether it is possible to superimpose the sound of trombone and guitar using electronic devices to achieve a tonal richness that exceeds the usual possibilities of the jazz trio (guitar, bass and drums). Using a loop-machine and digital effects, melodies and harmonies can be combined in real time. The result is completely new textures and musical sounds.

"Meretrio is a cohesive unit that favours a tight, groove-oriented sound, but one that allows for immense freedom within that space.”
Brian Zimmerman, Downbeat Magazin – About the Album „Óbvio” (2017)

FIRST SPEAKEASY FOR 2020! Hide the bottles under the sink; it's time for Freo.Speakeasy! We're inviting you to throw on your glad rags and join us for a night of swingin' fun with 14-piece swing outfit Mace Francis & His 950 Express! Get your hotsy-totsy on with free beginner swing... more »