Meredith Louise is a singer, songwriter and Registered Music Therapist currently residing on the unceded lands of the Wurundjeri people. A versatile musician whose eclectic sounds are a tapestry of jazz, neo-soul, R&B, pop and folk, Meredith Louise has performed with several ensembles, and as a backing vocalist for many musicians across Melbourne. After spending the last few years writing melodies inspired by people, places, landscapes and the common threads that weave us together, Meredith is emerging with a sound that is uniquely hers.

Maddie Jackway’s early days in music were spent learning guitar, teaching herself piano and composing songs in her bedroom in southwest Victoria. Known for her vocal prowess throughout her adolescence, Jackway is now making a name for herself as a songwriter to watch as she seamlessly intertwines memorable melodies with honest and thought-provoking lyrics showcasing the essence of being human in the 21st century. “I use songwriting to sing the secrets I wouldn’t dare speak”, she says. Her debut EP “What Is This Freedom?” is Jackway’s official entrance onto the scene. Influenced by elements of chromesthesia, Maddie describes the work as “a sonic exploration of the relationship between colour and emotion.”

Entry is free but we recommend you book a spot via Bookings at https://linktr.ee/brunswickartistsbar 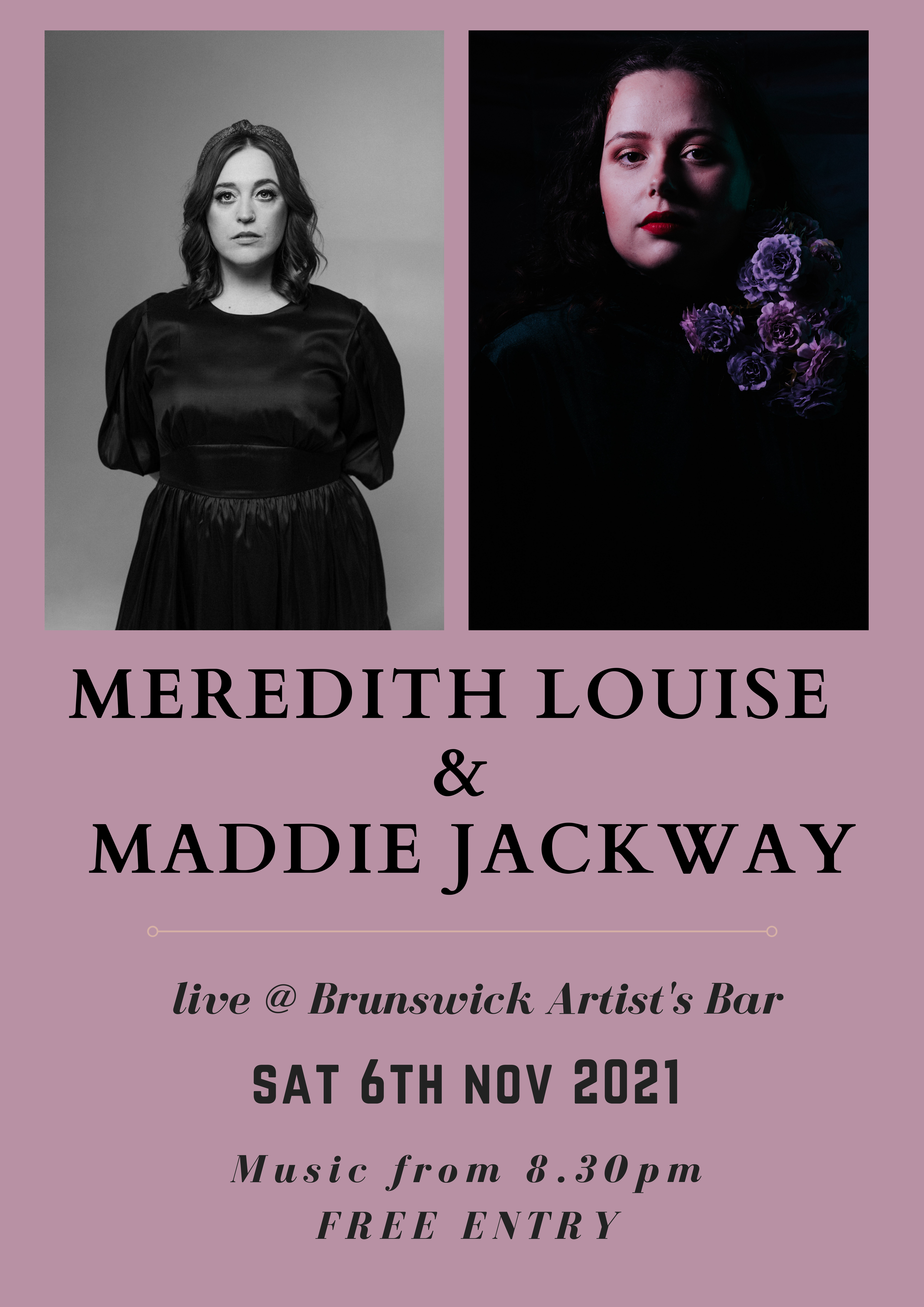 Delicious food menu on offer 6 nights a week. Come for some dinner, stay for the tunes.

The Live spectacular that’s not to be missed! more »