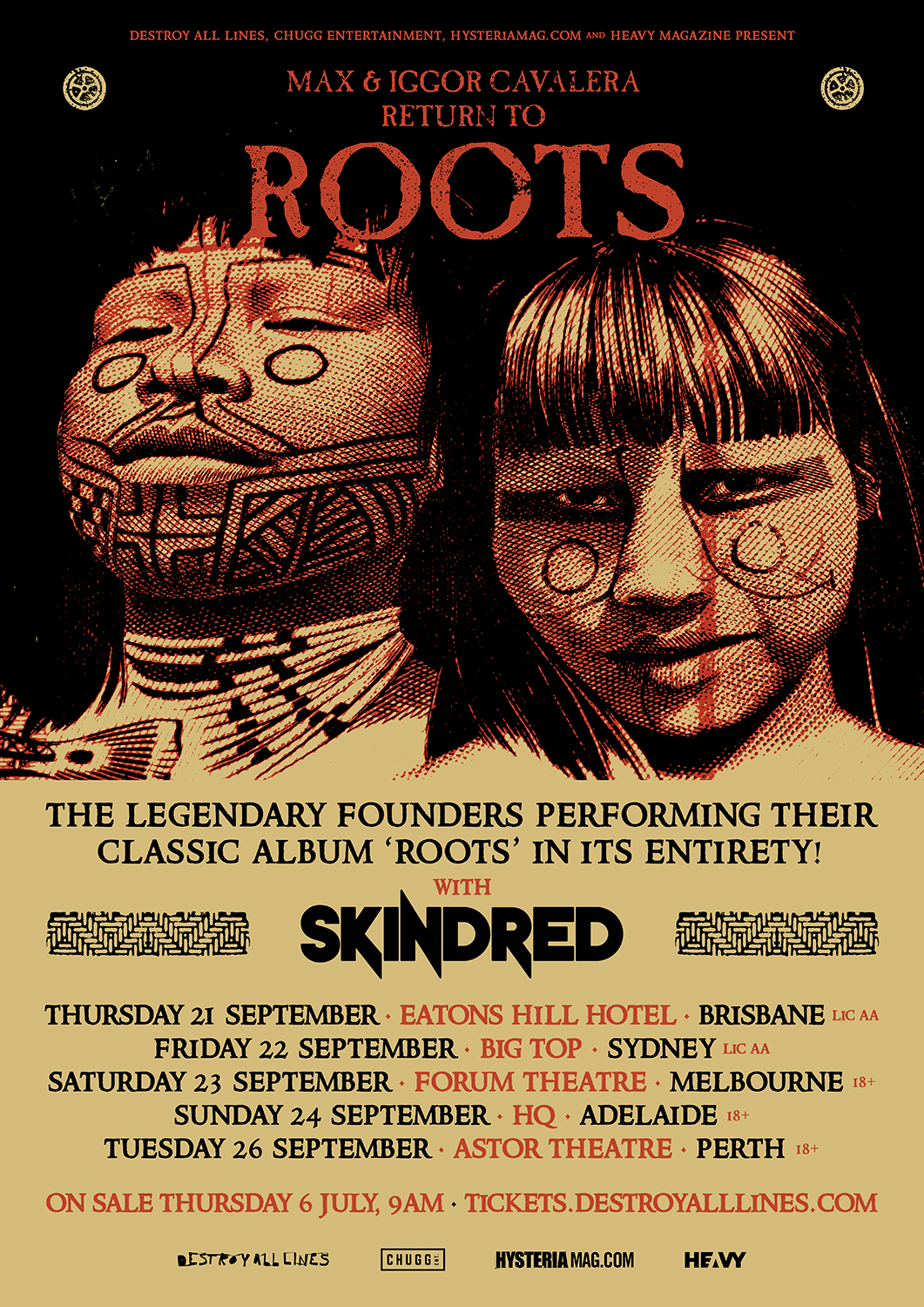 Announcing the MAX & IGGOR CAVALERA 'RETURN TO ROOTS' tour - celebrating the 20th anniversary of the legendary album 'Roots' - to be played in its entirety each night!

Max Cavalera says: "Metalheads. It's time. Twenty years ago, we released the Roots album and changed the face of metal forever. Now, we're returning to 'The Roots' to show everybody the magic and inspiration of the Roots live experience!"

Iggor adds: "I am very proud to play Roots again - to reaffirm that after 20 years, it still moves people. We hit the stage again with Roots to destroy everywhere we pass by."

Joining this incredible experience is one of the most devastating and enthralling live bands on the planet, SKINDRED. They have been a perennial force for musical invention and remorseless positivity.

Anyone that has ever seen the band live before will confirm that it is impossible not to get fired up and drawn into the joyous abandon of a SKINDRED show. Australian fans rejoice...SKINDRED are coming!

Plus Guests:Shake The Temple & Fight The Sun more »

VOID OF VISION "Into The Dark" Tour