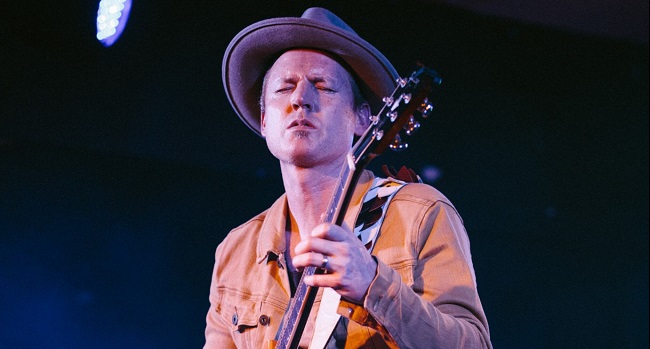 Hopping back into their hometown after a whirlwind of shows and festivals from Byron Bay up the coast as far as tropical north Queensland, Matty T Wall and his epic band are set to light a fire under the Duke Of George, appearing on Saturday 5th October for a special Dinner+Show.

Matty T Wall and band are no regular blues band, the members span several generations and many different genres, all mixed together into a tight unit of blues intensity.   Featuring the legendary Perth drummer Ric Whittle, and bass shredding favourite, Stephen Walker, this blues power-trio is on fire.  Matty is well-known for his special twist on the blues, eager to push it further, forge new sounds and appeal to newer generations, whilst looking back to the past masters of the genre – and this is how he is gaining traction in the international blues scene.

“Five-times nominated artist in the US Independent Blues Awards, twice for this first album, Blue Skies and three times for the follow up, Sidewinder, Matty T Wall is currently riding a wave of success.  Add to the albums and the nominations a full roster of gigging across Perth, WA and beyond, and Wall becomes an artist you just have to learn more about.” – Around The Sound, July 2019

"The bones of Sidewinder are pure electric blues, and the duo of Shake It and Going Down pretty much sum up why critics – including myself – are calling Wall the Eric Clapton of his generation. I haven’t heard another guitarist with as much relaxed composure in the studio in years, maybe even decades, as Matty T Wall displays in this record, and that’s a big part of the reason why I think rock music has been suffering so much in the 2010s. Even in slower songs like Ain’t That The Truth, it’s Wall’s guitar that steals away the spotlight from everything and everyone else in the track." - Loren Sperry, MusicExistence USA

"Matty T Wall, an extraordinary blues-rock guitar player, singer, songwriter. Echoes & elements of rock from the 60’s, but Wall’s voice hurls it into the 21stcentury, his dazzling guitar licks and solos not of this world. Wall is entitled to a little swagger—he has the chops to pull it off. Extraordinary guitar player. Jazz flavors, soul. Gritty blues-rock, rock & roll, with outstanding musicianship." - Martine Ehrenclou, Rock and Blues Muse, Los Angeles USA, Sept 2018

"With a contemporary blues/rock edge, yet maintaining a solid footing in the blues of old, with all of  its colorful history and traditions intact, Wall is a rare treasure.... He is one of those guitarists who can  squeeze an incredible amount of power and passion from a single note."

"A challenge to Bonamassa as the modern blues champion."

"One of the best blues guitarists that I have ever witnessed. "

Mess Around with the Milford Street Shakers

Back by popular demand! more »